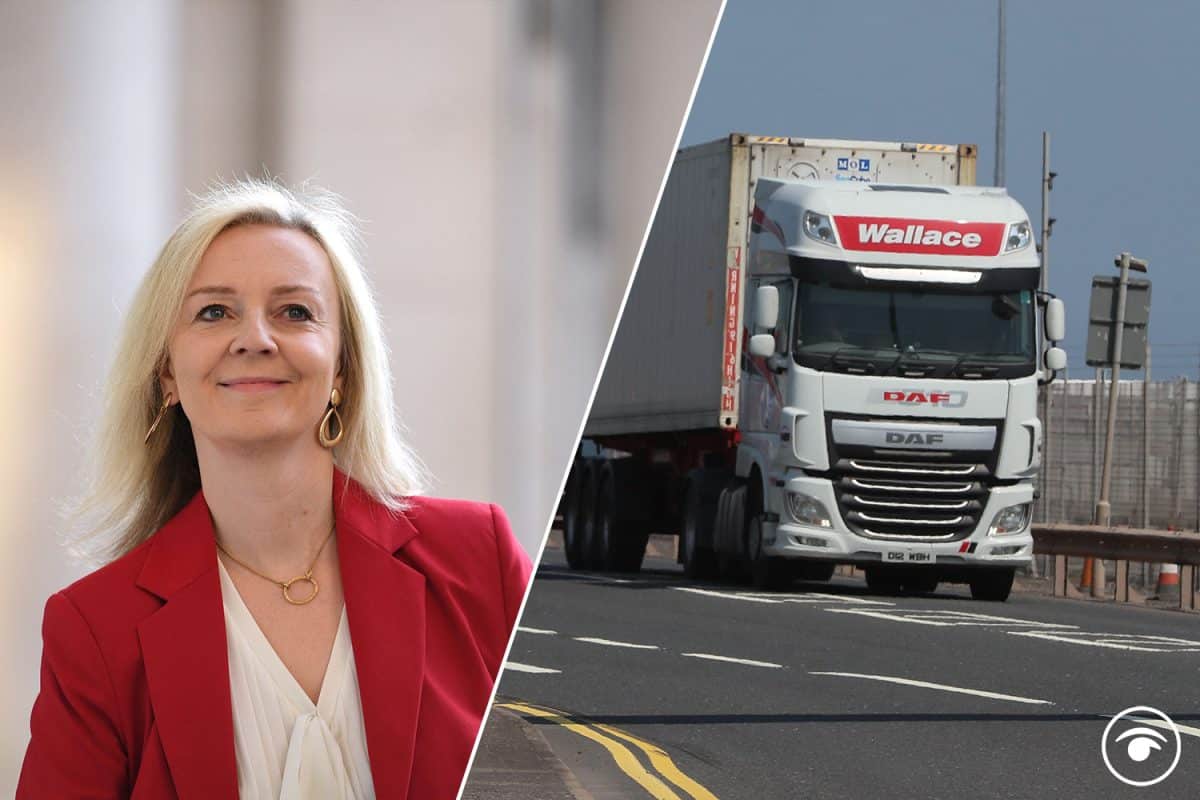 More than two-thirds of the UK public feel “left in the dark” about the impact that post-Brexit trade deals struck by the Government will have.

The International Trade Secretary, Liz Truss, has been tasked with establishing bespoke deals with worldwide allies after the UK regained the power to negotiate its own trading terms by leaving the European Union last year.

But while a host of rollover deals with countries have been secured, mirroring the terms that had initially been in place when a member of the European bloc, and fresh agreements with Japan and Australia have been signed, a survey has found that Britons feel the Government has not been open about what the bilateral treaties entail.

A survey of more than 3,000 UK adults found that 67 per cent felt the public receives too little information from ministers about trade deals, with only 7per cent recording they knew that the UK had a deal in place with Japan.

“Not at all open”

A quarter of consumers who took part in the poll conducted on behalf of consumer choice group Which? said they felt the Government was “not at all open” about the impact new trade deals will have.

These figures were highest in Northern Ireland, where dissatisfaction among Unionists over the Northern Ireland Protocol, which effectively keeps a part of the UK in the EU’s single market for goods to prevent a hard border, has been escalating since it came into force.

The majority of Northern Irish respondents said Boris Johnson’s administration had not been forthcoming about what the trade deals meant for their nation.

There were devolved fears elsewhere as well, with a third of consumers in Wales and 41per cent in Scotland recording that they were “not at all confident” that trade deals agreed by Westminster ministers would reflect the specific needs of their parts of the Union.

Meanwhile, there was a strong feeling that UK standards should be upheld in post-Brexit wrangling.

Critics have voiced concern that the free trade deal agreed with Australia in June will see British farmers undercut by food coming from Australia that does not meet the same high standards in the UK.

Out of those surveyed, almost nine in 10 felt all food imported should align with current UK domestic food standards.

Four in five consumers agreed that the UK Government’s trade policy should not endorse signing deals that remove existing environmental protections, while 63per cent thought it was very important not to reduce data and digital protections in concords.

Sue Davies, head of consumer rights and food policy at Which?, said there should be a “consumer chapter” included in each future individual deal to inform people about the benefits and changes negotiated.

“The success of future agreements will be judged on what they deliver for ordinary people in their everyday lives, not just the export opportunities they provide,” she said.

“Our research shows that consumers feel they have been left in the dark about what trade deals will mean for them.

“The Government must take this opportunity to communicate transparently and openly with the public about trade negotiations and push for a consumer chapter to be included in future deals which reflects the issues that are most important to consumers.”

Which? said a consumer chapter should cover key consumer priorities, such as maintaining food, data, environmental and online shopping protections, and that more than 80per cent of survey respondents supported the idea.

Labour’s shadow international trade secretary Emily Thornberry said: “This survey should be a wake-up call for Liz Truss. The British people do not want her undermining our food standards, selling out our farming communities, and negotiating trade deals on our behalf without telling us what they mean.”

A spokesperson for the Department for International Trade said: “Free trade will grow our economy in every part of the UK and deliver jobs, better living standards and higher wages.

“As an independent trading nation, we are striking ambitious deals that will not only support our key industries, but also benefit consumers who will be able to enjoy more choice and better value thanks to the tariffs we are cutting.

“Our climate change and environment policies are some of the most ambitious in the world, and we will not sign trade deals that compromise our high environmental protections, animal welfare and food safety standards.”

Related: Labour’s ship could ‘go under’ with Starmer at the helm- McCluskey

Can Personal Loans Be Included in Bankruptcy?