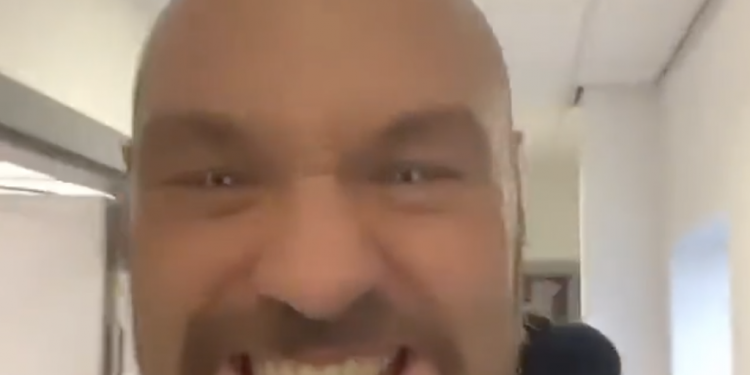 Tyson Fury looks set to fight Dillian Whyte next after vowing to “annihilate” him in his latest social media video.

The WBC heavyweight champion’s plans have been up in the air for several weeks with talk of Anthony Joshua stepping aside to allow him to fight WBA, WBO, IBO and IBF champ Oleksandr Usyk.

But it appears it will instead be WBC mandatory challenger Whyte next for the Brit.

“I can’t wait to punch Dillian Whyte’s face right in,” he said in a video released on Thursday morning. “I’m going to give him the best hiding he’s ever had in his life.

Fury wanted a unification bout with Usyk, a matter complicated by the fact that Joshua is entitled to a rematch having lost to the Ukrainian in September.

Joshua is said to have been offered a £15million deal to step aside, although the 32-year-old angrily denied suggestions he has agreed to anything of the kind.

Whyte, meanwhile, has been involved in a dispute with the WBC over pay.

Both situations have irritated Fury, who has long been keen to get his next fight lined up having beaten American Deontay Wilder in their trilogy fight in October last year.

Purse bids were once again delayed on Wednesday with Fury later suggesting Joshua and Hearn had “lost $90m” in a further hint over the step-aside deal being turned down.

“Had to do this video. Eddie Hearn and Anthony Joshua have to be the worst damn businessmen in history!,” he said on Wednesday evening. “Today they lost $90m, goddamn sons of b****es, crazy!”

Fury subsequently turned his attention to Whyte, telling him: “Time to step up and take your beating.”

Whyte and Fury now have a further day to negotiate a deal before blind bids are entered for the right to host the fight.

Earlier this week, Hearn confirmed that an offer had been made for Joshua to bow out from the Usyk rematch, and said the ultimate decision lies with his fighter.

“There has been an offer,” he said. “There have been several discussions with myself. I can’t rule it out, it’s not my job. AJ is the boss. He’s very smart about the plan. He won’t want to do it.

“Anthony has never ducked anyone, he won’t want to let one person think he’s ducking that challenge. Sometimes you have to think with your head; there is a smart play here somewhere, but Anthony is not about the money.”

Northeast faces heavy snow and blizzard conditions this weekend, but models are still unclear on how bad it will be - CNN