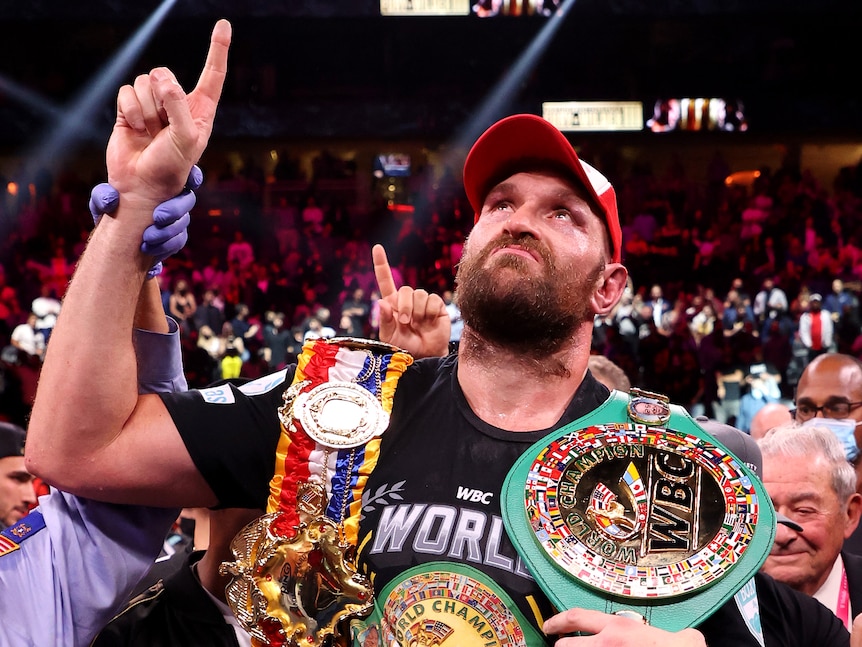 Tyson Fury will defend his WBC heavyweight title against Dillian Whyte on April 23, the reigning champion has announced on social media.

The undefeated Fury — who hasn’t fought since knocking out Deontay Wilder in their trilogy fight in October — said Whyte had signed a contract just hours before the deadline.

Their fight is expected to take place at London’s Wembley Stadium.

“[Whyte] has signed for the biggest payday he’s going to get in his life,” Fury said in a video on Twitter.

Fury — known as the “Gypsy King” — said that he would now be taking a break from social media until after the bout with Whyte.

“I’m going into training camp to give Dillian Whyte all the respect in the world he needs,” Fury added.

“I’ll never underestimate anyone in my life, and I’ll give this man all the respect he deserves.”

He asked people not to phone, text or email him, saying he was “out of bounds until May”.

Whyte is the mandatory challenger to Fury’s WBC belt and has been waiting years for a shot at the world title as WBC’s top-ranked contender.

After months of drawn-out negotiations, Fury’s co-promoter, Frank Warren, won the purse bid in January with an offer of $US41 million ($54.6 million), beating Whyte’s promoter, Eddie Hearn, who was the only other bidder.

This is the biggest purse bid in boxing history.

Fury is now set to receive 80 per cent of the purse and Whyte the remaining 20 per cent.

Huggins’ mission is to finish season with players who show desire, as WVU travels to Iowa State

Huggins' mission is to finish season with players who show desire, as WVU travels to Iowa State