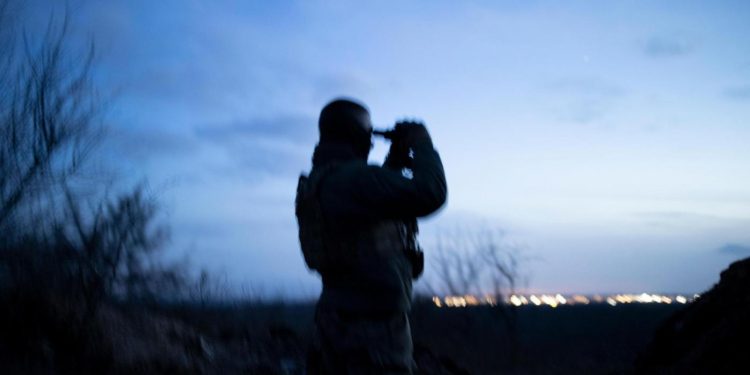 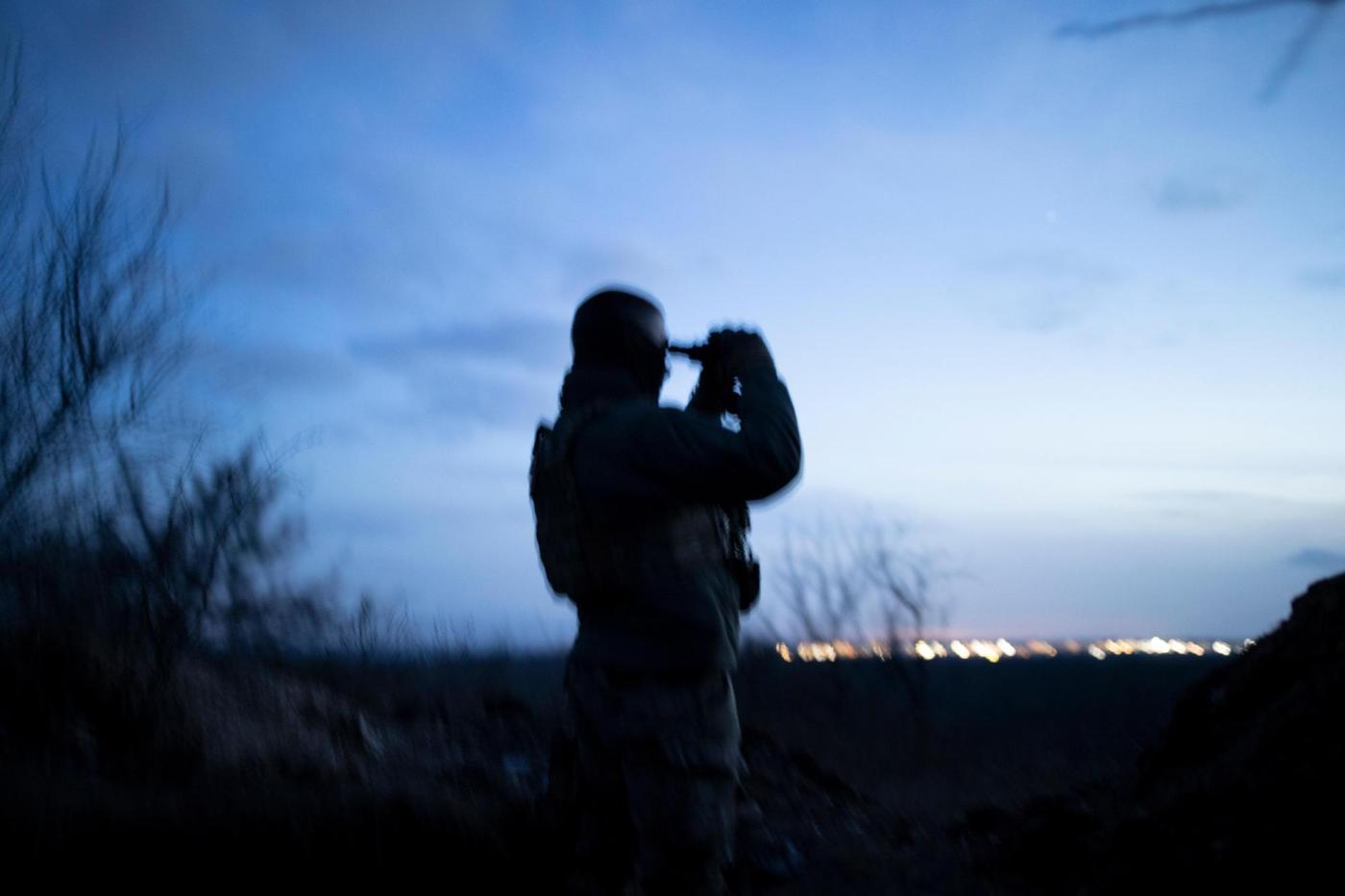 WASHINGTON — The United States has acquired intelligence about a Russian plan to fabricate a pretext for an invasion of Ukraine using a faked video that would build on recent disinformation campaigns, according to senior administration officials and others briefed on the material.

The plan — which the United States hopes to spoil by making public — involves staging and filming a fabricated attack by the Ukrainian military either on Russian territory or against Russian-speaking people in eastern Ukraine.

Russia, the officials said, intended to use the video to accuse Ukraine of “genocide” against Russian-speaking people. It would then use the outrage over the video to justify an attack or have separatist leaders in the Donbass region of eastern Ukraine invite a Russian intervention.

Officials would not release any direct evidence of the Russian plan or specify how they learned of it, saying to do so would compromise their sources and methods. But a recent Russian disinformation campaign focused on false accusations of genocide and efforts in the Russian parliament to recognize breakaway governments in Ukraine lent credence to the intelligence.

If carried out, the Russian operation would be an expansion of a propaganda theme that U.S. intelligence officials and outside experts have said Moscow has been pushing on social media, conspiracy sites and with state-controlled media since November.

The video was intended to be elaborate, officials said, with plans for graphic images of the staged, corpse-strewn aftermath of an explosion and footage of destroyed locations. They said the video was also set to include faked Ukrainian military equipment, Turkish-made drones and actors playing Russian-speaking mourners.

American officials would not say precisely who in Russia was planning the operation, but a senior official said the GRU, Russia’s military intelligence arm, was “deeply involved” in the effort.

Ned Price, the State Department spokesperson, discussed some details of the planned video at his daily news conference Thursday, though he said evidence of the plot remained classified to protect U.S. sources.

“The production of this propaganda video is one of a number of options that the Russian government is developing as a fake pretext to initiate and potentially justify military aggression against Ukraine,” Price said.

A British official said its government had done its own analysis of the intelligence and had high confidence that Russia was planning to engineer a pretext to blame Ukraine for an attack. Another British official, Liz Truss, the foreign secretary, said the intelligence was “clear and shocking evidence of Russia’s unprovoked aggression and underhand activity to destabilize Ukraine.”

“The U.K. and our allies will continue to expose Russian subterfuge and propaganda and call it out for what it is,” Truss said in a statement.

The Kremlin’s spokesperson, Dmitry Peskov, dismissed the U.S.’ allegations in comments carried by Russian news agencies. “This isn’t the first report of its kind,” he said. “Similar things have been claimed before. But nothing ever came of them.”

While it is not clear that senior Russian officials approved the operation, it was far along in the planning, and the United States had high confidence that it was under serious consideration, officials said. Russian officials had found corpses to use in the video, discussed actors to play mourners and plotted how to make military equipment appear Ukrainian or NATO-supplied.

While the plan sounded far-fetched, American officials said they believed it could have worked to provide a spark for a Russian military operation — an outcome they said they hoped would be made less likely by exposing the effort publicly.

The highlights of the intelligence have been declassified in hopes of both derailing the plot and convincing allies of the seriousness of the Russian planning. The officials interviewed for this article requested anonymity to discuss declassified but sensitive intelligence before it was released publicly.

Avril Haines, the director of national intelligence, and other top administration officials briefed members of Congress on the material Thursday. Details of the information have also been shared with allies as the United States and Britain push a kind of intelligence diplomacy.

Sen. Mark Warner, D-Va., chair of the Senate Intelligence Committee, said the recent work by the United States and Britain to publicize plots being considered by Russia was an important development. Making the information public, he said, provides notice to Ukrainians and will help the world make different, more accurate judgments about Russian actions.

“Too often we come in after the fact and say that was a false-flag operation,” Warner said. “By forewarning, it diminishes the Russian credibility and ability to use something like that as an excuse.”

The American and British strategy aims to persuade allies that Russia is not posturing and has real war plans that it could put into effect. The releases also aim to force Russia to drop and redraft plans, further delaying any invasion plan.

The longer the international community can delay a decision by Russian President Vladimir Putin about whether to approve a military operation against Ukraine, the more of a chance there is that he will reconsider his plans, according to diplomats. Some officials in the U.S. and Britain think Putin has underestimated how many casualties his military would suffer in any direct invasion of Ukraine.

The intelligence diplomacy push is modeled in part on Britain’s efforts to rally a strong response to the Russian nerve agent attack in England in 2018. The British government publicly released information on Russian involvement and shared other intelligence privately as it pushed allies to expel Russian diplomats in response.

After lawmakers were briefed Thursday, Sen. Jim Risch of Idaho, the top Republican on the Senate Foreign Relations Committee, said Russia was in the process of producing movies and other “false proof” that Ukraine was doing something to provoke Moscow. It is important, he said, “that the world understands that this is a false operation to try to justify them in an invasion.”

Such false-flag operations are “out of the Putin playbook,” said Sen. Thom Tillis, R-N.C. He said that if Russia tried to “create some pretext, it will be rejected by the global community.”

The move to publicize the plan comes as the Duma, Russia’s lower house of parliament, begins to consider legislation to recognize separatist-controlled eastern Ukraine as an independent territory, much as Moscow has recognized Russian-occupied areas of Georgia.

If the Russian parliament were to recognize the Donbass region of Ukraine as an independent state, a Moscow-appointed leader of that breakaway state could then request help from Putin. Putin has argued many times that in such a case, an intervention would be in keeping with international law and precedents set by the United States.

American officials believe the plans for the video included Turkish-made Bayraktar TB2 drones that have been used by the Ukrainian army.

In October, after an artillery attack killed a Ukrainian soldier, the Ukrainian army used one of the drones to launch a counterattack on a howitzer used by Russian-led separatist forces. Russia scrambled jets, and the situation escalated.

Russian disinformation in recent weeks has falsely accused NATO of planning an invasion of Ukraine or an intervention there. Highlighting the presence of weapons made by Turkey, a NATO ally, would allow the Russians to accuse the alliance of raising tensions in the conflict and being culpable in the death of Russian speakers.

The draft law under consideration in Russia would recognize what Moscow calls the Donetsk and Luhansk People’s Republics. Russia considered recognizing governments in the separatist-controlled region in 2014 but ultimately backed down.

The proposal was recently revived by members of the Communist Party, the second-largest faction in the Russian Duma. The Russian parliamentarians pushing the law have argued that Ukraine is planning an offensive to reassert control of the area. If that happens, the Russian lawmakers argue, Russian-speaking residents will be denied basic rights.

Ukrainian oppression of Russian speakers in eastern Ukraine is a common theme of Russian state media and websites controlled by Russian intelligence services. But the reality is that language is not the hard dividing line in Ukraine that Moscow suggests.

This article originally appeared in The New York Times.