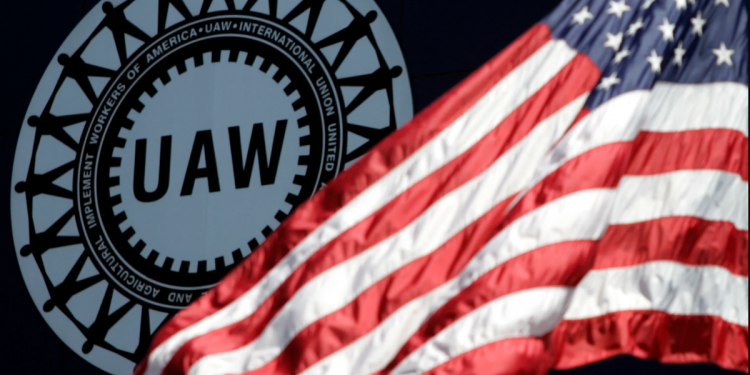 
Despite recent production and supply chain challenges, Curry said he expects to negotiate next year with an industry that’s in a strong position.

“Record profits have taken place,” he said. “Expectations are that later this year volumes will be picking up for all three OEMs and they’ll have availability in the marketplace. I think we’re going to be in a great situation.”

Still, it’s unclear if Curry will even be negotiating at all.

Curry, the union’s third president in as many years, is finishing out the term of his predecessor, Rory Gamble, who retired early. He will stand for re-election later this year and could face a tougher path to re-election than his predecessors.

Union members voted last year to adopt a new election process known as one-member, one-vote, which will replace a delegate process that effectively allowed nominees of a certain caucus to breeze to election with minimal opposition.

Regardless of whether or not he’s re-elected, his leadership team will look very different than it does today.

The vice presidents overseeing the GM and Stellantis departments plan to retire at the end of their term. Curry said wholesale changes to the union’s leadership team before contract negotiations would be “significant,” but noted some change happens regardless during each four-year contract cycle.

Beyond the Detroit 3, Curry said Tuesday he has had no discussions with Tesla Inc. about a potential union vote by workers at the electric carmaker’s California factory after CEO Elon Musk tweeted an invitation for the UAW to “hold a union vote at their earliest convenience.”

Curry, however, said the union remained open to organizing efforts and had enough available resources to do so. He also suggested Tesla could drop an appeal of a U.S. National Labor Relations Board ruling that it violated U.S. labor law and reinstate some workers who had been fired.

“That would be a good-faith effort if they were interested in having that type of exchange,” Curry said.

“Stop Z”, the Ukrainian marketing campaign to remove the letter Z from the world’s logos

Zelenskyy Says Negotiations Offer Hope but Ukrainians Are ‘Not Naive

Zelenskyy Says Negotiations Offer Hope but Ukrainians Are 'Not Naive