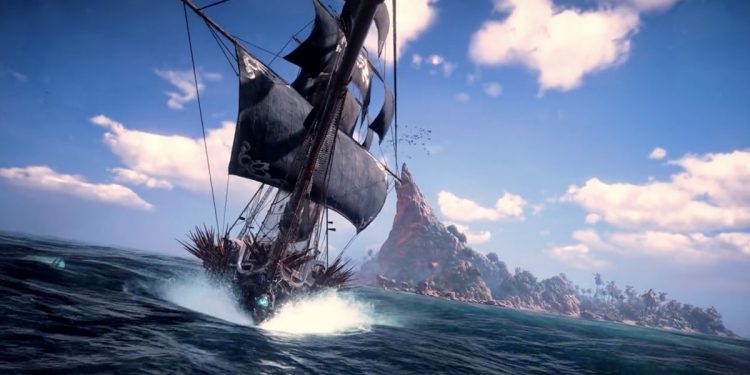 Ubisoft’s Skull and Bones finally seems to be emerging from the depths of development hell. As reported by Kotaku, test footage has leaked online, showing off the biggest glimpse of the live-service pirate adventure that’s been seen since its announcement at E3 2017.

In the video, a voiceover explains some of the core details of Skull and Bones. A stat called “infamy” is used to gauge how good players are at being a pirate. Players can increase their infamy via raiding ships, completing contracts, and finding hidden treasure. Higher tiers of infamy grant players access to more difficult bounties and contracts, and failure will result in the loss of some infamy.

Players will start with a modest pirate ship that they can then upgrade with scavenged materials. It’s the captain’s job to ensure their ship is stocked with food, water, and ammo lest they run the risk of their crew mutinying from a lack of provisions.

Ubisoft confirmed the leaked footage was legitimate to Kotaku and said it would share more details on Skull and Bones soon. Skull and Bones’ official Twitter account even teased that more details about the game would be forthcoming shortly after the leak was publicized.

Skull and Bones is being developed by Ubisoft’s Singapore studio that’s been subject to investigations of workplace harassment, discriminatory pay, and an ineffective HR department. Earlier this year, the Singaporean authorities closed the investigation without taking action, stating the studio pays its employees fairly and that it appropriately handled complaints of harassment. Other reported issues at the studio have been presented as potential reasons why Skull and Bones has taken so long to ship, but according to sources who spoke to Kotaku, the game could finally set sail by the end of this year.