UFC 271 card: Adesanya vs Whittaker and all fights tonight 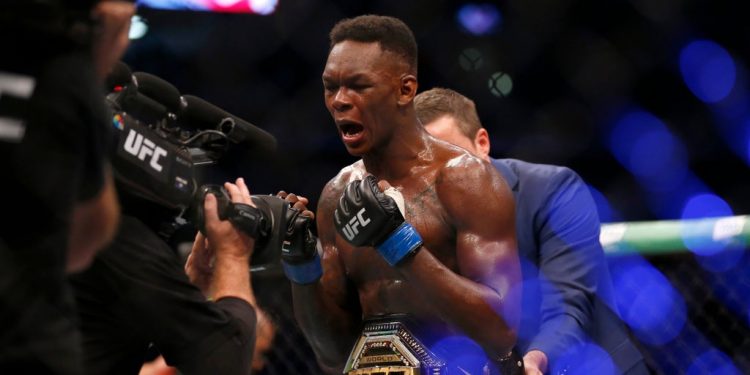 Robert Whittaker will finally get the chance to avenge his loss to Israel Adesanya and regain the middleweight title this weekend when he faces his rival in the main event of UFC 271.

In front of a home crowd in Melbourne’s Marvel Stadium – the biggest crowd in UFC history – Whittaker was knocked out by Nigerian-born New Zealander Adesanya in 2019 to lose the gold.

More than 57,000 fans watched on as then-interim champion Adesanya stopped Whittaker in the second round, and the pair will now face off again – this time in Houston, Texas.

Since losing the belt to the “Last Stylebender”, Whittaker has won three in a row against elite competition, while Adesanya has successfully defended the title three times – but also suffered his first professional defeat in failing to win the light heavyweight gold last year.

UFC 271 takes place on Saturday 12 February at the Toyota Center in Houston, Texas.

What time does it start?

The card will air live on BT Sport in the UK, with the broadcaster’s app and website also streaming the fights.

In the US, ESPN+ will stream the action live, as will the UFC’s Fight Pass.