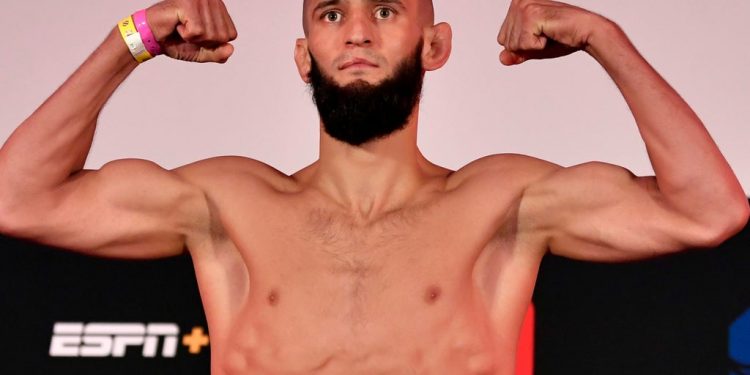 UFC 273 takes place this Saturday, with a stacked card set to play out at the VyStar Veterans Memorial Arena in Jacksonville, Florida.

In the main event, Alexander Volkanovski defends his featherweight title against fan favourite the “Korean Zombie” Chan Sung Jung, who steps in for the injured Max Holloway.

In the co-main event, Aljamain Sterling and Petr Yan will go head-to-head for the second time to unify the men’s bantamweight belts, more than a year after Sterling dethroned the Russian via disqualification due to an illegal knee. Since then, Sterling has been recovering from injury while Yan claimed the interim title to set up this rematch.

Elsewhere on the card, the fast-rising Khamzat Chimaev faces his biggest challenge yet as he takes on former welterweight title challenger Gilbert Burns. Chimaev has remarkably absorbed just one significant strike in his four UFC bouts, all the while improving his record to 10-0 – with all of his victories coming via finishes.

The card will air live on BT Sport in the UK, with the broadcaster’s app and website also streaming the fights.

In the US, ESPN+ will stream the action live, as will the UFC’s Fight Pass.

DaBaby downplays video that shows him trying to kiss a fan