UFC 273: Predictions and odds for Volkanovski vs Korean Zombie and other fights 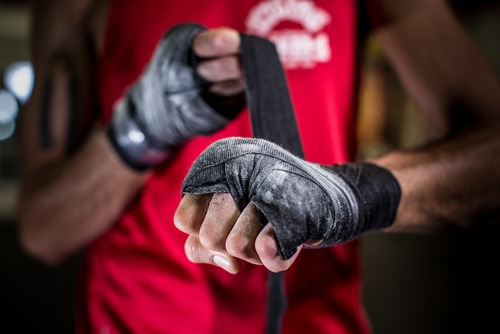 
The Ultimate Fighting Championship returns with its best fight card since the start of the year. Here are our UFC 273 Predictions for the main card and prelims.

Alexander Volkanovski became UFC champion in 2019 when he defeated Max Holloway in a controversial fight. This success allowed the Australian to rise to the top and even managed to hold two successful title defenses.

In total, the fighter has 23 victories and one defeat. Given the quality of Volkanovski’s performances, he rightfully bears the nickname “The Great”. The previous fight was against the Mexican Ortega and won in it, although a difficult, but well-deserved victory.

Chan Sung Joon will fight for the UFC championship belt for the second time. The Korean Zombie tried to take the title from Aldo nine years ago but suffered a painful defeat. This was followed by a long downtime, healing of an injury, and military service.

He eventually returned to the cage in 2017 and effectively defeated Dennis Bermudez by knockout. This was followed by a disappointing defeat by Yair Rodriguez and wins over Renato Moicano and Frankie Edgar.

It is rather surprising to see the Korean Zombie in a title fight after a defeat from Brian Ortega in 2020 and a single win in 2021 over Dan Ige but the Featherweight division is a complicated level.

The range of the opponents’ hands is almost identical, despite the significant difference in height. Both have the ability to fight on the ground and on their feet. The only difference is that the Australian is not particularly skilled in BJJ while the Korean Zombie has a black belt.

This fight has the potential to be a lot more competitive than the bookmakers expect it to be. Volkanovski is a massive favorite but the Korean Zombie has all the necessary preparation to withstand the pressure and this fight is likely to continue throughout all five rounds.

Volkanovski moves better, can withstand a serious beating and is able to apply pressure throughout long fights. Most likely, they will play a chess game in which the strategic component will obviously play an important role. Volkanovski should be the winner of this bout but the Korean Zombie will not give in easily.

Volkanovski has had 10 fights in the Ultimate Fighting Championship to date and 7 of them he won by decision, including his two title defenses.

Looking down the fight card: Other UFC 273 Predictions

In the final part of the prelims, we are in for a clash of heavyweights. Jairzinho Rozenstruik, after being knocked out by Francis Ngannou in May 2020, cannot find stability in his performances. The fighter alternates victories and defeats for 2 years. His opponent, Marcin Tybura, on the contrary, gained good momentum in 2020 and went on a streak of 5 wins in a row, which was interrupted only in October 2021.

The only advantage that Jairzinho has in this fight will be his knockout power. Tybura is in a much better place – physically and mentally – and has all the necessary skills to win this fight as a huge underdog.

This will be the first big challenge for Chimaev and we do not see how Burns will be able to beat him. His most recent fights showed that he is exhausted by the weight race. Most of his wins against once-formidable rivals happened after their peak physical form – Woodley and Thompson are good examples.

Maybe he decided to win by wrestling, as he did in the fight with Thompson? But Khamzat Chimaev fights well. Due to good technique and superior physical strength, he will not only be able to stop the Brazilian’s takedowns but will cover him from above, from where he will start working in the ground and pound.

There is a good chance that Chimaev will keep the fight on their feet where he is extremely powerful for his division. We saw how fearful Burns was in his latest fights and he even got taken down by jabs against Usman. We expect that Gilbert Burns will break under the high pace of Chimaev as soon as the first round. The upcoming massive UFC event will take place on April 9th and will have the usual start times. Early prelims begin at 6 PM ET and will be followed by the Prelims at 8 PM and the Main Card at 10 PM ET.

The event will take place at the VyStar Veterans Memorial Arena in Jacksonville, Florida. This venue has a capacity for 15,000 spectators. In the final days before the fight, ticket prices vary from $195 up to over $3000.

What is The Korean Zombie’s real name?

It’s Jung Chan-sung. He earned his nickname due to his exciting fighting style. He also said in an interview that “zombies don’t run away from anything.”