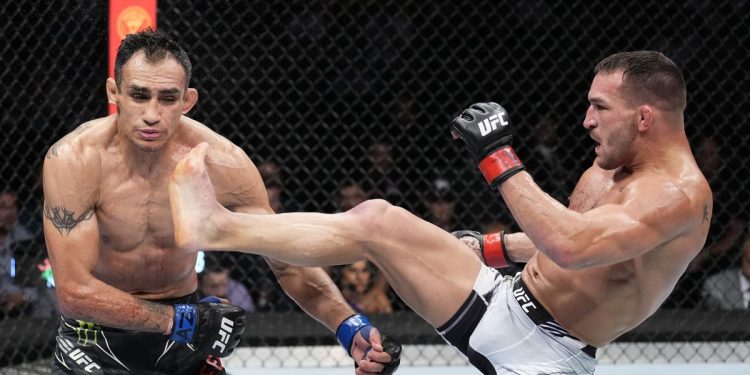 Charles Oliveira may no longer be the UFC lightweight champion, but he made a clear statement that he is currently the best lightweight in the world to cap off one of the strangest fight weeks ever. But who should Oliveira face for the now vacant title?

MMA Fighting’s Mike Heck, Shaun Al-Shatti, Alexander K. Lee, and Jed Meshew attempt to answer that question following Oliveira’s submission win over Justin Gaethje in the main event of UFC 274, along with Oliveira no longer being the champion following a historic weight miss on Friday. In addition, the crew talks Michael Chandler’s incredible KO of Tony Ferguson in the featured bout, the bizarre co-main event that saw Carla Esparza capture the strawweight title from Rose Namajunas, and more.

Watch the video above, or an audio-only version of the show can be streamed below and on Apple Podcasts, Google Podcasts, Spotify, Stitcher, and wherever else you get your pods.