The UK’s political leaders and medical regulators have sought to defend the Oxford/AstraZeneca vaccine after a hots of European countries paused its rollout.

The foreign secretary Dominic Raab said it was “crystal clear” the jab, millions of which have been administered in Britain so far, is safe.

“Different countries have different approaches but I can tell you crystal clear that the UK regulator, the European EU regulator and the WHO all say that the AstraZeneca vaccine is safe and people should continue to take it,” Raab told BBC Breakfast.

Yesterday France and Germany fully suspended the use of the coronavirus vaccine, developed by the Oxford Vaccine Group and the Anglo-Swedish pharmaceutical giant, after a small number of isolated reports of blood clots developing among those who had received it.

That followed several other EU nations pausing the use of some batches of the AstraZeneca version, despite the European Medicines Agency (EMA) urging them to keep administering it.

One of those countries – Latvia – announced this morning it was now stopping using the AstraZeneca version altogether.

But Raab added: “It is safe, people should get the vaccine and I think it has been very clear, both from the MHRA, the UK regulator, that the risks of taking the vaccine are no more than, in terms of for example blood clots, than the population at large.

“There is no extra risk on the evidence that we’ve seen, which is why they have authorised the vaccine and haven’t taken any further action.

“We respect the process and procedures that some other countries may need to go through but the vaccine is safe and people should certainly continue to take it and to protect themselves and their friends and family.” 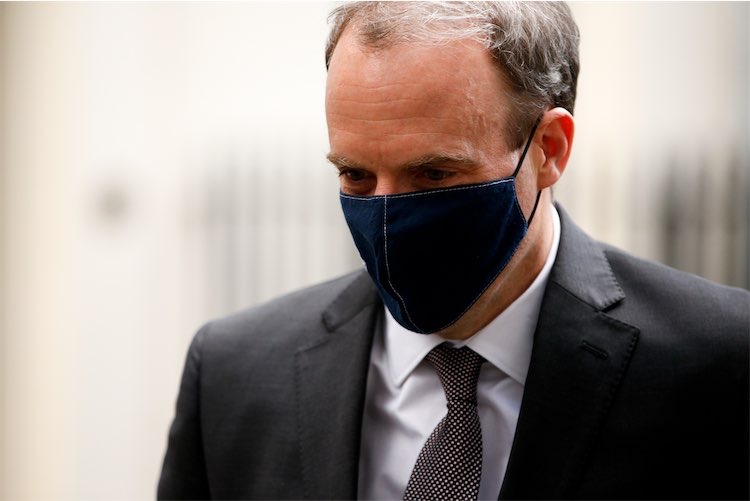 Last night Prime Minister Boris Johnson said there was “no reason at all” to stop the vaccine’s rollout. Scottish First Minister Nicola Sturgeon said she would accept her jab “without hesitation” when called on, adding there was said there was “no current evidence” linking the inoculation to blood clots.

Northern Ireland’s chief medical officer Dr Michael McBride also urged people to retain confidence in the jab as he received his first dose of the AstraZeneca version on Monday.

Dr Phil Bryan, vaccines safety lead at the UK’s regulator the MHRA, said: “We are closely reviewing reports but the evidence available does not suggest the vaccine is the cause.

“Blood clots can occur naturally and are not uncommon. More than 11 million doses of the Covid-19 Vaccine AstraZeneca have now been administered across the UK, and the number of blood clots reported after having the vaccine is not greater than the number that would have occurred naturally in the vaccinated population.

“We are working closely with international counterparts in understanding the global safety experience of Covid-19 vaccines and on the rapid sharing of safety data and reports.

“People should still go and get their Covid-19 vaccine when asked to do so.” 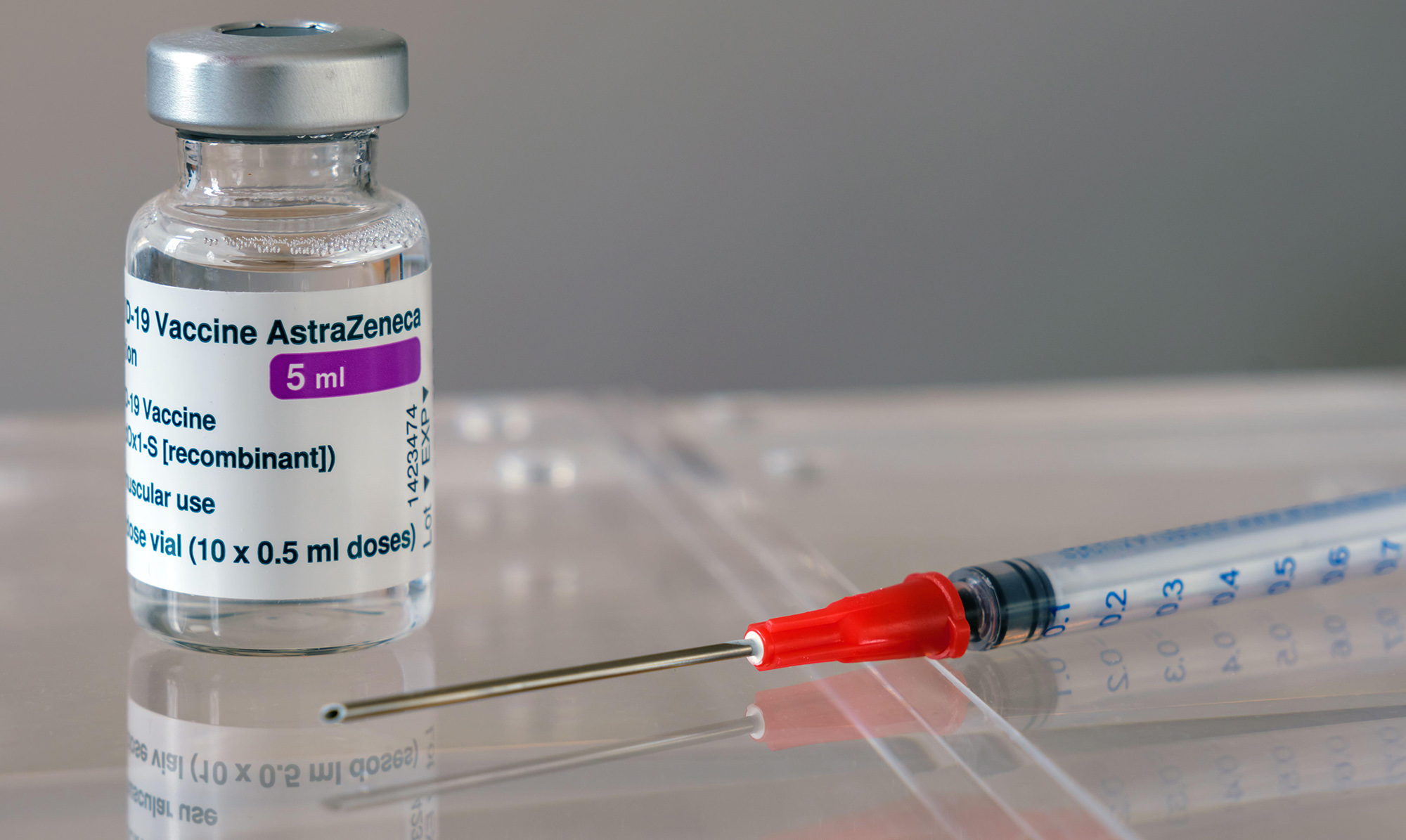 The European Medicines Agency has also reiterated its approval of the AstraZeneca vaccine, noting that “many thousands of people” develop blood clots every year and “the number of thromboembolic events overall in vaccinated people seems not to be higher than that seen in the general population”.

“EMA currently remains of the view that the benefits of the AstraZeneca vaccine in preventing Covid-19, with its associated risk of hospitalisation and death, outweigh the risks of side effects,” the regulator added.

This morning Joao Vale de Almeida, EU ambassador to the UK, said it was not an EU decision to suspend rollout of the Oxford/AstraZeneca vaccine, but one being “taken by individual governments”.

He told BBC Radio 4’s Today programme: ”Like the British Government, all our governments are worried, concerned and focused on the safety of citizens, when doubts appear for whatever reason I think the principle of caution prevails.”

But Peter Openshaw, professor of experimental medicine at Imperial College London, said the decision to pause the rollout could be a “disaster” for overall vaccine uptake in Europe. 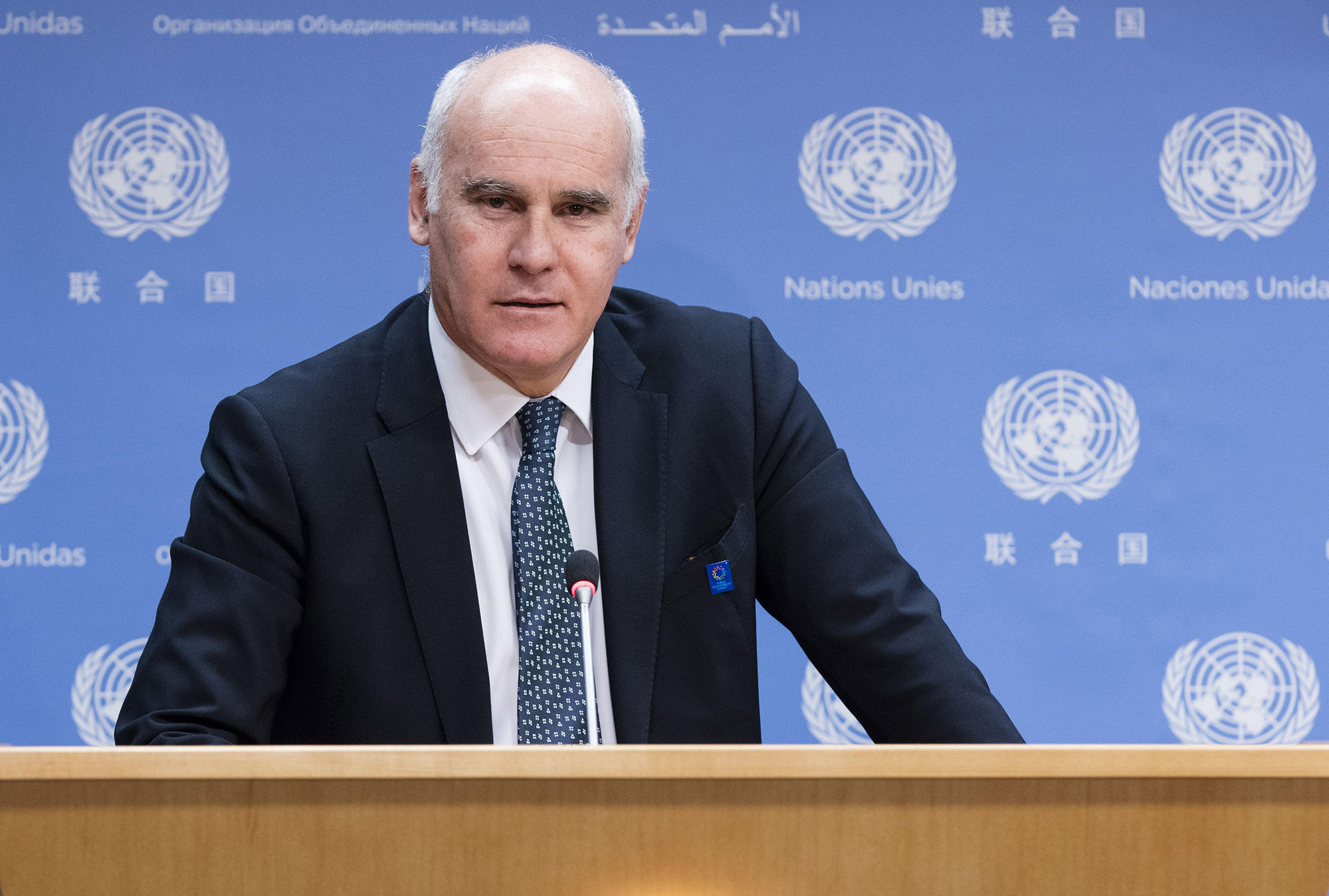 Asked on the Today programme if those in the UK who are booked to receive an Oxford jab should be concerned, Openshaw sought to reassure people.

“I really wouldn’t be worried at the present time,” he said.

“I think it is very clear that the benefits of being vaccinated at the moment so far outweigh the possible concern over this rather rare type of blood clot.

“It really is a completely one-sided argument statistically that we need to be vaccinating.

“I think it is a disaster for the vaccination uptake in Europe, which is already on slightly unsteady ground in some countries.”