The UK government is to sell its one-third stake in the Behavioural Insights Team — popularly known as the ‘nudge unit’ — as part of plans to attract £100m of investment in smart ways to hit net zero by 2050, cut obesity rates and improve early-years education.

The £15.4m deal will see BIT become a wholly owned subsidiary of Nesta, the UK innovation foundation. Nesta will look to grow the reach of the social consultancy company, which was spun out of the Cabinet Office in 2014.

Ravi Gurumurthy, chief executive of Nesta, said the acquisition would unlock the door to greater funding for BIT, which started as a seven-person team in 10 Downing Street in 2010, but grew to become a global social consultancy with 250 staff and a turnover of £20m.

The group, which before the deal was also one-third owned by Nesta and one-third by its employees, specialises in devising low or no-cost interventions that change public behaviour for the better.

One of its earliest signature achievements was to change the messaging on reminder letters from HM Customs and Revenue in a way that hastened the payment of hundreds of millions of pounds of taxes to the exchequer. The model has since been copied all over the world.

Gurumurthy said the deal was part of a 10-year plan to invest £100m in transforming public services through a combination of Nesta’s own endowment fund; philanthropic and academic research grants; and the reinvestment of consultant fees paid to BIT.

“BIT has done over 700 randomised controlled trials in the last decade and the new partnership with BIT will allow us to apply that rigour to these three major societal challenges,” added Gurumurthy, referring to hitting net zero, tackling obesity and improving early-years education. “We will invest in designing and testing new solutions while also taking projects to scale.”

Nesta said that it hoped to combine its own expertise in machine learning, data science with BIT’s behavioural insights to devise more effective solutions. It would also look to expand into new geographical areas, including India and Latin America.

On “net zero”, Gurumurthy said the group had three machine learning approaches to sift household energy performance certificates and income data. These will ascertain which of the two has the most predictive power over who will purchase greener but more expensive electric heat-pumps to replace their traditional gas boilers.

The group will also invest in using data and machine learning to provide so-called “precision nudges” in order to target individuals in a more effective way.

Testing can also reveal how not to proceed, as in a recent review which found that when a job was advertised as “green” it attracted significantly fewer applicants. 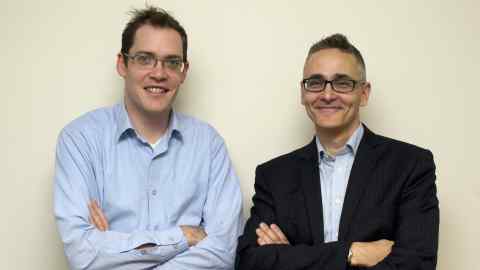 Another trial aimed at reducing obesity had used a hypothetical online takeaway food platform to test how it might be possible to substitute high-calorie foods for lower calorie alternatives and frame messaging around those products to get people to eat more healthily.

It is also hoped that mining data from health visitor and first-year school assessments will help identify more quickly children that need support and broaden the reach of expensive parenting programmes using digital tools such as videos and WhatsApp messages.

Professor David Halpern, chief executive of BIT, said the Nesta deal was an exciting new chapter for the organisation. “Our shared track record, along with our independence, commercial resilience and deep expertise will help us rise to the enormous challenges facing us on the road to 2030,” he added.

Graphic of the new types...

A space-time coding metasurface antenna for efficient and secure communications

Maki vs. Temaki (Differences, Techniques, and Other