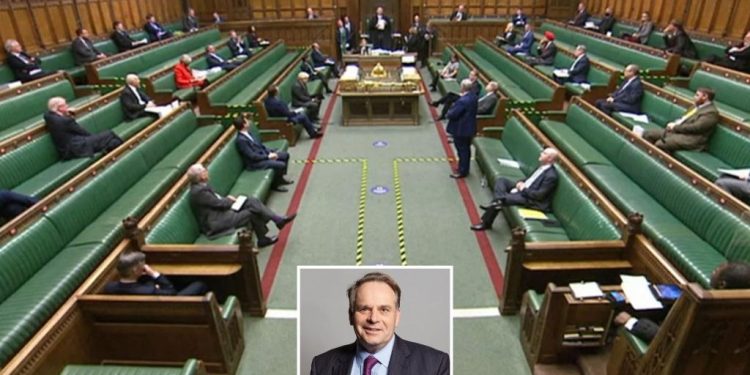 The 65-year-old conservative legislator had a “moment of madness,” he said, when he looked up X-rated content during an idle moment when he was waiting for a vote.

The former farmer said that he first came across the obscure online erotica — which appears to relate to a sexual position — by chance while looking at tractors on his mobile phone — then strayed to a website with a “very similar name,” the Sunday Times of London reported.

Parish said he watched the NSFW video “for a bit, which I shouldn’t have done.”

Parish said he made a “full apology” to the legislators, insisting that it was “not my intention to intimidate” them.

His resignation came less than 24 hours after he declared he would refuse to leave his seat unless he was found guilty.

But a chorus conservative colleagues told him otherwise — fearing voter backlash ahead of local elections on Thursday.

“It was hard to see how he could come back, given the public exposure,” one MP said.