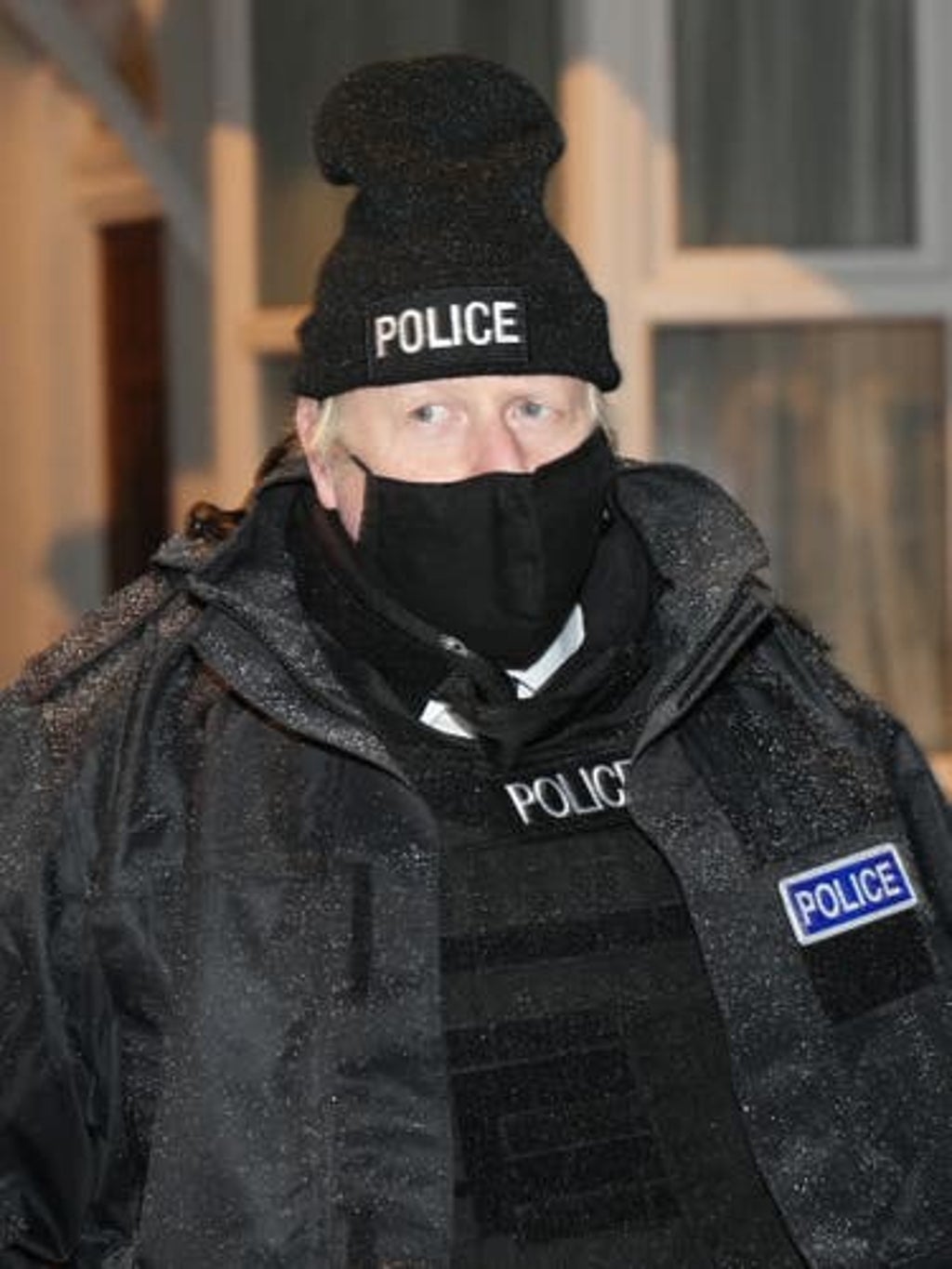 PM Boris Johnson is expected this week to launch a decade-long plan to tackle illegal drug-related crime which will include removing passports and driving licences from offenders, it has been reported.

The crackdown will also include travel bans, harsher sentences for drug dealers, and measures to break up county lines drug gangs.

It comes as Commons speaker Sir Lindsay Hoyle has said he will call in police over “deeply concerning” allegations of cocaine use in the Palace of Westminster.

His move comes after The Sunday Times reported that an investigation found evidence of cocaine in 11 out of 12 locations tested in the building.

Meanwhile, plans to give the government power to ignore court decisions it doesn’t like would amount to “tyranny” and spell the end of democracy, former Conservative attorney general Dominic Grieve has said.

It comes after an ally of Mr Johnson had said that the PM was considering a mechanism that would allow the government to regularly overrule a list of judicial rulings it did not agree with.

The plans, which would see an annual bill passed to overrule select decisions, are said to have been drawn up by the lord chancellor, Dominic Raab, and the attorney general, Suella Braverman.​

The government would do better to spend money on treating drug users rather than pouring money into tackling criminal activity, an expert has said.

After ministers pledged to crack down on drug dealers and users, Dame Carol Black, who led an independent review on drugs for the government, said recovery programmes would make a “bigger difference” than crime prevention.

“I’m going to say treatment and recovery because as long as there’s demand, you will have supply,” she said.

“Drug dealers are very, very good at just moving their operation, of doing different things, they’re good businessmen. So I think if you really want to get to grips with drugs and crime, you’ve got to be able to offer people high quality treatment and recovery.

“We know from research that that stops criminal activity. We know that if it’s high quality treatment, people stay in it and do better. And we have at the moment a broken service.”

Parliament’s newest MP has taken his seat in the House of Commons.

Conservative Louie French swore the oath of allegiance to the Queen as he appeared in the chamber ahead of education questions.

His arrival was cheered by Tory colleagues.

No 10 courts plan would be ‘tyranny’ and ‘end of democracy’

Plans to give the government power to ignore court decisions it doesn’t like would amount to “tyranny” and spell the end of democracy, a former Conservative attorney general has said.

Dominic Grieve, who was the cabinet minister in charge of the judiciary under David Cameron, said proposals reported today were “worrying” and would see the UK “no longer living in a parliamentary democracy”.

It comes after an ally of Boris Johnson told The Times newspaper that the prime minister was considering a mechanism that would allow the government to regularly strike out a list of judicial rulings it did not agree with.

The plans, which would see an annual bill passed to overrule select decisions, are said to have been drawn up by the lord chancellor, Dominic Raab, and the attorney general, Suella Braverman.

David Cameron should appear before the Grenfell Tower inquiry after making comments that were “ridiculing” health and safety in the years before the fire, a lawyer has said.

The former Prime Minister made speeches regarding red tape and regulation that had effectively relegated citizens to “a bonfire”, said a barrister representing some of the bereaved and survivors.

Michael Mansfield QC told the public inquiry into the 2017 blaze, which claimed 72 lives, that Mr Cameron should appear at a hearing to explain what he meant by his words.

In 2010, Mr Cameron had said he wanted to “scrap health and safety rules that put people off”, Mr Mansfield said, and followed this the year after by saying “the shadow” of health and safety was holding people back, adding that this was not “how a great nation was built” and that “Britannia didn’t rule the waves with arm bands on”.

Mr Mansfield said such speeches were “ridiculing, humiliating health and safety, and relegating citizens, as it were, to effectively a bonfire”.

Laws requiring mask-wearing and tests for travel will remain in place in early 2022 without a Commons vote if necessary, No 10 has said.

The government’s scientific advisers have warned that it would take longer than a few weeks’ time to assess the threat of the omicron variant.

It came after ministers had vowed to lift the Covid restrictions before Christmas if possible.

But now PM Boris Johnson’s spokesman has said that a decision can be taken to extend or strengthen the restrictions in England after the New Year.

The creator of the police drama Line of Duty mocked Boris Johnson by saying that he would not give him a part in the hit show after pictures emerged of the PM roleplaying as a policeman.

Jed Mercurio wrote: “Thank you for submitting your audition for the next series of #LineofDuty but we’re looking for a character with at least one redeeming moral principle and a performance that places even just a scintilla of doubt in the audience’s mind that he might not be totally bent”.

This morning, Mr Johnson observed a dawn drugs raid on a house in Liverpool by Merseyside Police.

He donned the police uniform to watch on as a number of officers bust down the door of the property.

The photo opportunity took place at the same time the PM announced his government’s 10-year plan to tackle drugs gangs.

Suppliers with poor history to be blocked from public contracts

The government is planning to block suppliers from winning public contracts if they have a record of poor delivery, fraud or corruption.

The Cabinet Office said the proposals were part of “wide ranging changes” taking advantage of “new powers” facilitated by Brexit.

It said that under current rules, suppliers can only be excluded if there has been a “significant breach of contract”.

But it said a set of “simpler, clearer and more flexible” rules, to be introduced now the country has left the EU, would give the government “more discretion” to block those that have under-performed.

It would also be possible to ban suppliers which have undertaken unethical practices, such as a lax approach to safety, or where there are national security or environmental concerns, the Cabinet Office said.

Downing Street has said it intends to hold a Christmas party for staff this year.

The Prime Minister’s official spokesman said: “We haven’t confirmed any dates at the moment.

“I think there is an intention to have a Christmas party this year.”

The Prime Minister has been snapped dressed as a policeman as he joined Merseyside Police on an early-morning drugs raid.

Boris Johnson donned a police uniform to observe officers in the force busting through the door of a house in Liverpool.

It coincides with his announcement of his government’s 10-year drug strategy that he says will infiltrate county lines drug dealings.

PM responds to claim that travel restrictions could be ineffective

Boris Johnson has defended his government’s reintroduction of travel restrictions in the face of the omicron variant as “decisive” action after a scientist said it was like “shutting the stable door after the horse has bolted”.

The Prime Minister insisted the UK was the first country to take “decisive measures” in relation to the new strain.

From tomorrow, all travellers arriving in England will be required to take a Covid pre-departure test in an attempt to limit the spread of the omicron variant.

Nigeria was added to the red list at 4am on Monday, and arrivals from the African country must now spend 11 nights in a quarantine hotel. There are 11 destinations on the list.

A requirement for people entering the UK to self-isolate until they receive a negative result from a post-arrival PCR test – even if they are fully vaccinated – was introduced last week.

Professor Mark Woolhouse, who is a member of the Scientific Pandemic Influenza Group on Modelling (SPI-M) which advises the government, had said the omicron variant is already “spreading pretty rapidly” and the new travel measures “may be a case of shutting the stable door after the horse has bolted”.