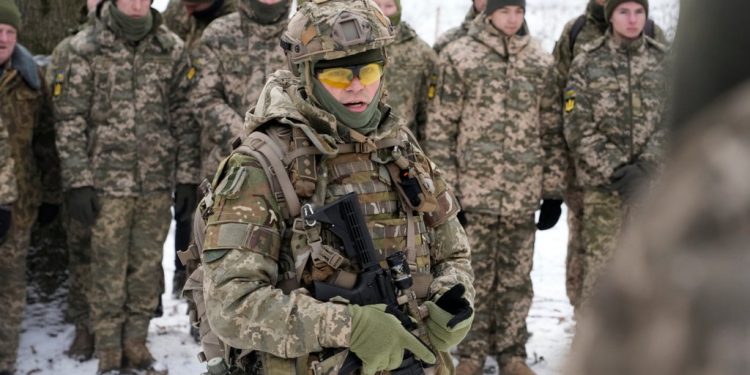 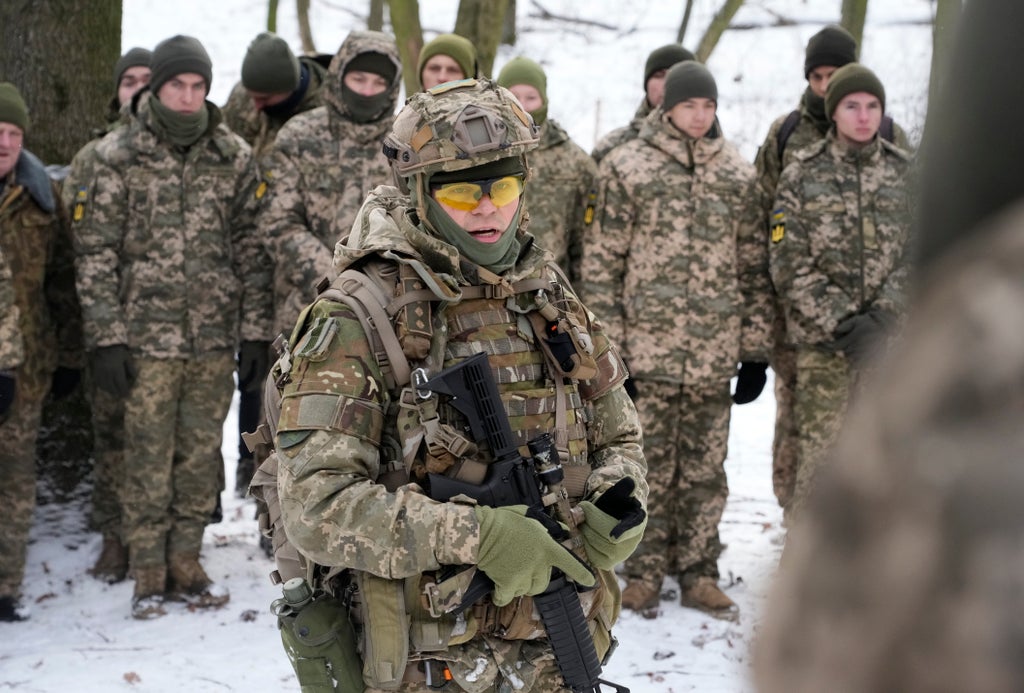 As the crisis mounts, the prime minister attacked the Kremlin for threatening the use of “brute force to terrify reasonable people into giving way to completely unacceptable demands”.

Overnight, Joe Biden announced that 8,500 US troops are being put on high alert to deploy to Europe as Nato responds to the rising tensions by reinforcing its eastern borders.

In his statement, Mr Johnson said: “If Russia invades Ukraine, we would look to contribute to any new Nato deployments to protect our allies in Europe.”

He added: “There is nothing new about large and powerful nations using the threat of brute force to terrify reasonable people into giving way to completely unacceptable demands.”

Calling an invasion “tragic and futile,” the prime minister said of Vladimir Putin: “Nor can we allow him to believe that he would be able to take some smaller slice of Ukraine.”

However, Mr Johnson said UK soldiers in Ukraine itself is not “a likely prospect” – because it is not a Nato member – arguing help with training and “defensive weaponry” were better options.

He also warned of “Russian gas blackmail” of dependent countries, telling MPs: “In this era of high gas prices, we are bumping up against that reality.”

The UK and other Nato nations have said that diplomatic discussions with Russia remain the priority, to help Russia “avoid the trap of starting a terrible war”, as Mr Johnson put it.

The group has vowed that Moscow will be hit with “swift retributive responses” if a “further Russian incursion into Ukraine” takes place – meaning tougher sanctions.

But Tobias Ellwood, the Conservative chair of the Commons defence committee, warned: “The threat of sanctions will not deter this Russian aggression.”

Under questioning, Mr Johnson pointed to the existing 850 British troops in Estonia – calling the argument that the number should be increased now “a very good point’.

The government is now considering helping to strengthen “the Nato south-eastern flank as well”, MPs were told.

Russian acrobat 'levitates' by her hair on subway in viral stunt