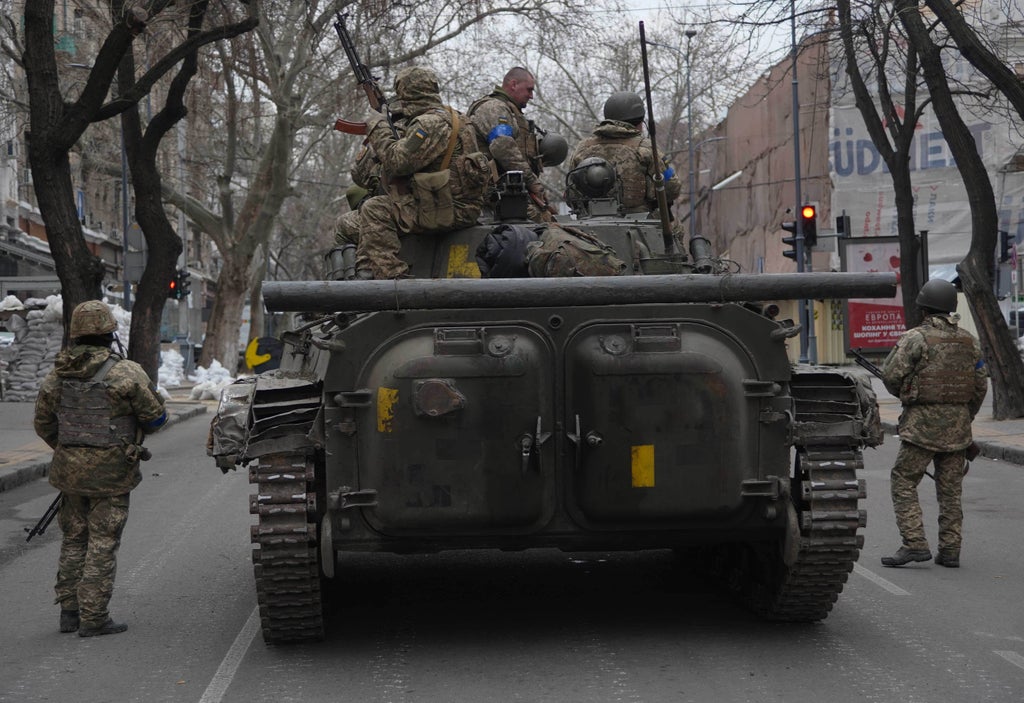 The Ukraine crisis shows Boris Johnson must drop his opposition to a defence pact with the EU to allow the UK to quickly deploy forces around Europe, a Tory group says.

As a first step, it argues that the prime minister should sign up to its Military Mobility project, to ease bureaucracy preventing the quick movement of military personnel and assets.

The call comes after the UK rejected a defence and security pact in the Christmas 2020 Brexit deal – and a few days before the prime minister heads to a crucial Nato summit.

The Conservatives have long opposed the UK aligning with anything that resembles an “EU army”, a controversy that helped fuel support for leaving the EU.

But the CEF said Russia’s invasion of Ukraine had underlined the need to “effectively respond to existential threats” and dismissed any fears that integration will “infringe UK sovereignty”.

Its report, entitled Keep Calm and Defend Europepushes for a Framework Participation Agreement with the EU and a separate tie-up with the European Defence Agency.

“The UK needs to understand these changes and seize on the opportunities that they present.”

“The recent invasion of Ukraine has demonstrated the importance of logistical coordination and military mobility between allies,” he said.

“Without delay, the UK should seek to join the EU’s Permanent Structured Cooperation in Defence projects that benefit UK security.

“Signing up to the Military Mobility project, like the US, Canada and Norway did last year, would be an important first step.”

The UK’s decision not to pursue a defence and security arm to the Brexit deal also shut down access to vital criminal databases, including records of stolen identities and wanted people.

The prime minister will head to the Nato summit in Brussels on Thursday, which will be dominated by the Ukraine crisis and efforts to thwart Russia’s war on the country.

His priority is thought to be securing a one-to-one meeting with the US president Joe Biden – although an invitation to attend the European Council meeting in the same city is also possible.

The move would symbolise a warming of relations with the EU, brought about by co-operation after Russia’s invasion of Ukraine, after years of spats over Brexit and Covid vaccines.

How to Run Your Own Coffee Shop