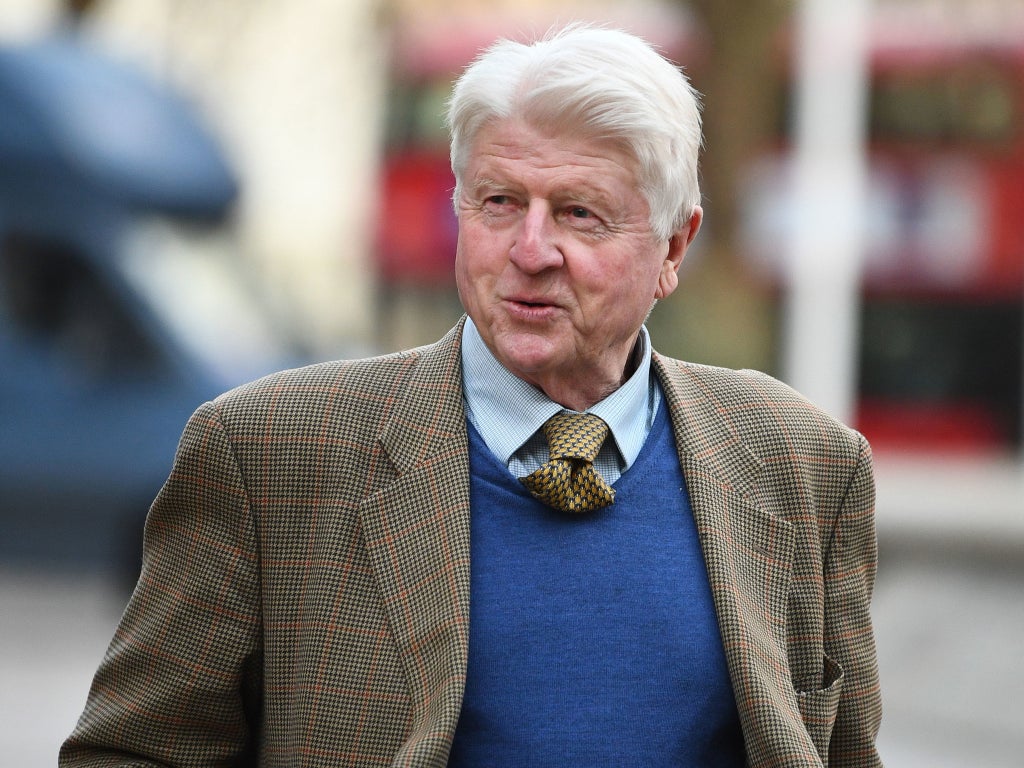 Boris Johnson’s father Stanley has said the UK’s leadership “from the front” during the Ukraine crisis demonstrates why Brexit was a “probably a good idea”.

Stanley Johnson – a Europhile who voted Remain at the referendum – criticised EU leaders for failing to act quickly enough in cutting oil imports or supplying arms to Ukraine.

“At this moment you have to say Europe needs to pull its socks up,” he told LBC. “I mean, Germany is saying they can’t cut back on its oil imports. Well, why isn’t the rest of Europe coming to help Germany?”

Johnson Snr added: “I say to myself, in this particular case, Brexit was probably a good idea, because Boris has been able to lead from the front here.”

The prime minister’s father also said the EU was being held back by member Hungary and its authoritarian prime minister Viktor Orban, who has been an ally of Russian president Vladimir Putin.

“You have Viktor Orban up there who is holding the European framework up from making the right decisions,” he said.

He added: “Europe needs to come in behind us in a big way. And I’m not yet convinced that they’ve got the message.”

Despite a EU ban on coal from Russia, and moves to ban oil, consensus among the 27 EU member countries on ending Russian gas supply has proved more difficult to secure.

Though Berlin has agreed to wean itself off Russian fossil fuels by mid-2024, the German chancellor Olaf Scholz said last week it was not possible to cut the gas supplies quickly.

Johnson Snr also praised his son’s trip to Ukrainian capital on Saturday, where he held surprise talks and walked around the streets of Kyiv with president Volodymyr Zelensky.

“I had absolutely no prior knowledge – I will say, I thought it was a wonderful, wonderful example of leading from the front,” he said.

It comes as foreign secretary Liz Truss vowed to hold Vladimir Putin “and his regime to account” if it is proven that Russian forces used chemical agents in an attack on Mariupol.

The city’s Azov regiment reported soldiers were left dizzy and unable to breathe after a substance was dropped on them from a Russian drone, according to reports.

Ms Truss tweeted: “We are working urgently with partners to verify details. Any use of such weapons would be a callous escalation in this conflict and we will hold Putin and his regime to account.”

Armed forces minister James Heappey said on Tuesday morning that the UK had not been able to verify those reports. “The Ukrainian system … themselves haven’t yet been able to confirm to us that they have been used.”

But he said that if chemical weapons “are used at all then president Putin should know that all possible options are on the table in terms of how the West might respond”.