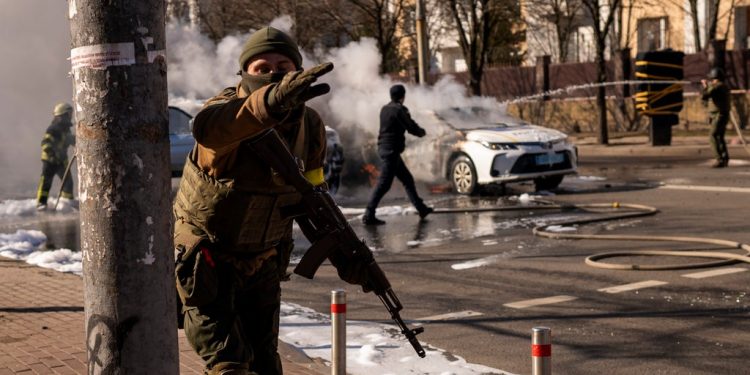 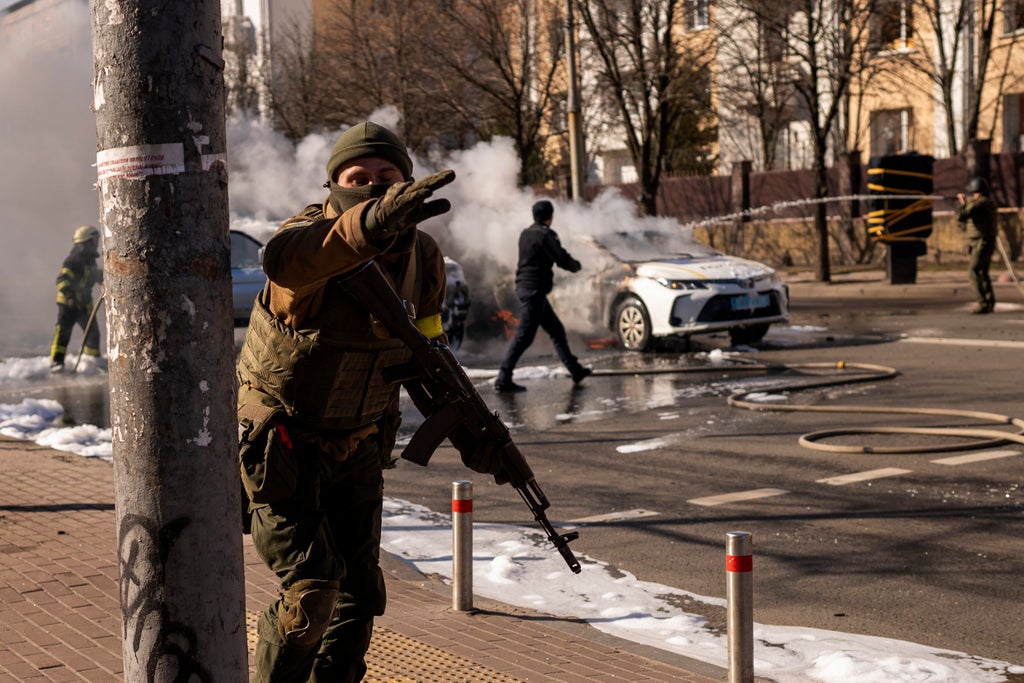 Refugees have fled Ukraine with around 100,000 reaching Poland in two days.

At the Hungarian border town of Beregsurany, 69-year-old Ilona Varga crossed into the European Union on foot, leaving behind her home, shop and hopes she might soon return.

“My kids are telling me to move over to Hungary for good, and they are right,” Varga said. “But it is so hard to leave everything behind, I was born here, I grew up here, I have my work here, everything ties me here.”

Britain’s defence ministry said on Saturday that the bulk of Russian forces involved in the advance on Ukraine’s capital Kyiv were now 30 km (19 miles) from the city centre.

“Russian forces have continued their advance on Kyiv with the bulk of their forces now 30 km from the centre of the city,” the defence ministry said in an intelligence update posted on Twitter.

“Russia has yet to gain control of the airspace over Ukraine greatly reducing the effectiveness of the Russian Air Force. Russian casualties are likely to be heavy and greater than anticipated or acknowledged by the Kremlin,” it said.

Ukrainian President Volodymyr Zelensky said on Saturday that the capital Kyiv was still under Ukrainian control after Russia launched an invasion on Thursday.

“We have withstood and are successfully repelling enemy attacks. The fighting goes on,” he said in a video message posted on his social media.

Poland refuses to play Russia in World Cup play off

The Polish Football Association’s has refused to play Russia in their upcoming World Cup play-off.

The Poles were due to face Russia in Moscow on March 24 in a play-off semi-final for the World Cup in Qatar later this year.

Macron: This war will last

French President Emmanuel Macron said he is convinced that “this war will last” and warned that Russia’s invasion of Ukraine will have tough consequences for Europeans.

He told farmers at France’s Agricultural Fair in Paris on Saturday that sectors from wine and cereals to exports and energy prices will be affected by the invasion.

“War has returned to Europe. This war was unilaterally chosen by Putin,” he said. “This war will last and all the crises that go with it will have durable consequences.

“We must prepare ourselves with lots of determination and also lots of solidarity.”

He said a “plan of resilience” was being put in place, but did not elaborate.