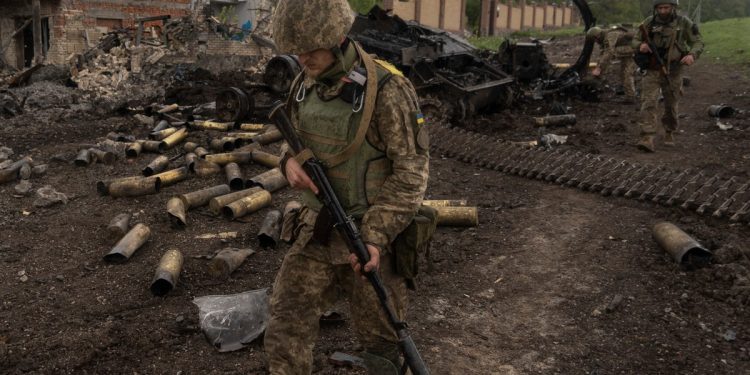 The fate of a Russian-owned, $300 million superyacht seized by U.S. authorities in Fiji could soon be determined by an appeals court there.

When agents boarded the Amadea and ordered the crew of 20 to sail east, Russian lawyers got involved. Eduard Khudainatov, a former chairman of the state-controlled Russian oil and gas company Rosneft, filed an affidavit to say he owns the Amadeas.

Several superyachts have been seized from sanctioned Russians around the world. Khudainatov is on no sanctions list, and U.S. officials note that he is also the on-paper owner of another superyacht tied to Russian President Vladimir Putin.

The U.S. claims Khudainatov is attempting to shield the Amadea – and it’s lobster tank, swimming pool and helipad – from global sanctions.

USA TODAY ON TELEGRAM:Join our Russia-Ukraine war channel to receive the latest updates straight to your inbox

►A $40 billion package of military and economic aid for Ukraine and its allies was expected to be approved by the Senate on Thursday and sent to President Joe Biden’s desk for final approval.

►Ukrainian President Volodymyr Zelenskyy said Russia has fired over 2,000 missiles during its attack on Ukraine, which he said was a large part of its arsenal.

A Russian POW who could face life in prison after fatally shooting a Ukrainian civilian asked the victim’s wife for forgiveness Thursday. A day earlier, Sgt. Vadim Shishimarin pleaded guilty in the same Kyiv court, saying he was following orders from a Russian officer when he shot Oleksandr Shelipov, 62, through a window of a car the Russians had hijacked in Ukraine’s Sumy region.

Shishimarin, 21, said his group was fleeing a Ukraine advance and the officer feared the man could pinpoint their location to Ukrainian forces. He said he at first disobeyed his immediate commanding officer’s order but had to follow the order when it was repeated by another officer.

“I realize that you can’t forgive me, but I’m pleading you for forgiveness,” Shishimarin said.

Kateryna Shelipova described her husband as “my defender” and said the soldier deserves a life sentence. But she added that he could be swapped with Russia for a Ukrainian POW.

McDonald’s announced plans to sell its 850 Russian restaurants to Alexander Govor, a Russian businessman who already owns 25 licensed McDonald’s outlets in Siberia. Govor will acquire the restaurants under a new brand, the company said in a statement. The deal is subject to regulatory approval, and closing is expected to within weeks, the statement said. McDonald’s has 39,000 locations in over 100 countries, 95% of them owned and operated by local business owners.

The company, which did not disclose the sale price, announced Monday that it was pulling out of the Russian market after more than 30 years because of the war.

Almost 25 million acres of crops have been planted in Ukraine so far this spring and more is being planted every day, a Ukrainian agriculture official said Thursday. Taras Vysotsky, first deputy minister of agriculture and food, said that because of Russian occupation of some areas – and land mines in others – planting will take place on about 9 million fewer acres this year than last year.

Ukraine farms provide corn, wheat, sunflower seed and wheat to much of the world, and war-related struggles have helped drive food prices higher, particularly in the developing world. Vysotsky did say the weather conditions have been favorable thus far.

“There is potential for a decent harvest this year, which will begin in late June, early July,” Vysotsky said.

The Senate confirmed Bridget Brink as the U.S. ambassador to Ukraine on Wednesday, the latest signal of American diplomatic efforts during Ukraine’s ongoing battle against the Russian invasion.

Brink was confirmed unanimously by the Senate without a formal roll call vote. The position has been vacant since 2019.

The same day as Brink’s confirmation, the U.S. opened its Ukrainian embassy in Kyiv, with diplomats returning on a permanent basis to the city. Brink told senators during her confirmation hearing earlier this month that she would work to reopen the embassy.

Secretary of State Antony Blinken said “the Ukrainian people, with our security assistance, have defended their homeland in the face of Russia’s unconscionable invasion, and, as a result, the Stars and Stripes are flying over the Embassy once again.”

Russian officials concerned about abuse in Mariupol: US intelligence

New U.S. intelligence revealed that some Russian officials are concerned that Russian forces are carrying out abuses in Mariupol, a U.S official familiar with the findings said Wednesday.

The alleged abuses include beating and electrocuting city officials and robbing homes, according to the intelligence finding.

The U.S. official, who was not authorized to comment publicly and spoke on the condition of anonymity, said Russian officials are worried the abuse will further inspire Ukrainian residents in Mariupol to resist the Russian occupation and undermine Russia’s claim that it liberated the port city.

After holding out for weeks in the Azovstal steel plant in Mariupol, most Ukrainian troops have abandoned the city. The soldiers are regarded as heroes in Ukraine, which hopes to negotiate their return home in a prisoner swap.