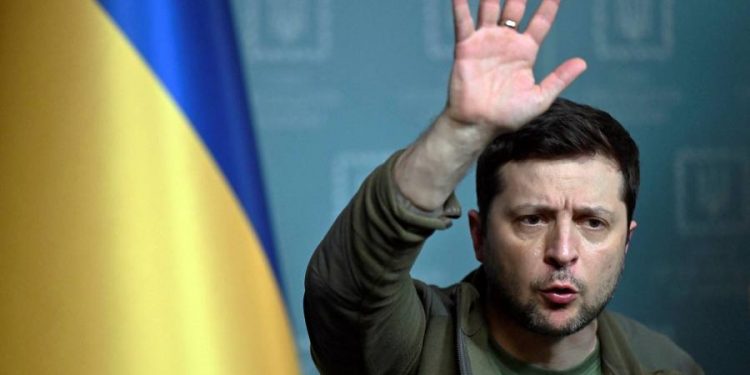 Ukraine may have had its request to shut down the web in Russia denied by the internet’s governing body, but there are clear signs it is winning the online war anyway.

John Thornhill writes that video and photos on social media, along with crowdsourcing, are giving the lie to Russia’s disinformation campaign. He contrasts Ukraine’s horizontal network with Russia’s vertical media structure. “Ukraine has mobilised civil society and there is collaboration between state and people. By contrast, the Russian state dominates almost all communication.”

Ukraine also has a hacker army at its disposal. Hacken, a cyber security company formerly based in Kyiv, is running a bug bounty programme for global hackers to identify vulnerabilities in Ukraine’s systems and expose them in Russia’s. The company claims to have signed up 10,000 hackers from 150 countries. Some of these hacktivists aim to disrupt Russian media sites and push alternative Ukrainian views across social media. “The hacker community is so well organised. It is a real army,” says Dmytro Budorin, Hacken’s founder and chief executive.

Online fundraising is also proving effective and it was bolstered today by plans for Ukraine to become the first developed country to issue its own collection of non-fungible tokens (NFTs), reports Cristina Criddle.

Since the conflict began, the official Ukraine Twitter account has appealed for donations in cryptocurrency, publicly posting addresses for people to make transfers in bitcoin, ethereum, solana and polkadot. Cryptocurrencies totalling more than $50mn have been donated to the government, according to an analysis of transactions by data company Elliptic.

The NFT move comes as the EU is considering measures to ensure that Russia does not use cryptocurrencies to circumvent economic sanctions. UK lawmakers are also on alert. “We are considering how the UK along with its allies can prevent crypto assets from emerging as loopholes to evade sanctions,” Baroness Joanna Penn, a government whip, said in the House of Lords on Wednesday.

1. OneWeb’s Russian space boycott
The UK-backed satellite internet company has suspended all future launches from Russia’s cosmodrome in Kazakhstan, as the invasion of Ukraine shatters the decades-long collaboration between Moscow and the west in space. The move could cost OneWeb roughly $300mn, including the cost of the satellites now stranded in Kazakhstan, and throws into jeopardy its plan to roll out a global service by the end of this year.

2. Amazon backs Ukraine, closes stores
The ecommerce giant has announced it will support Ukraine with logistics to get supplies to people needing them, and with cyber security assistance to companies and governments. In other news, Amazon says it plans to close all 68 of its bricks-and-mortar bookstores, pop-ups and shops carrying toys and home goods in the US and UK, as it focuses on its grocery chains.

3. CNN and ITV expand on streaming
WarnerMedia is racing to launch the CNN Plus streaming service before its planned takeover by Discovery, placing a wager of about $350mn on the news channel’s digital future that was not originally disclosed to its incoming owner. In the UK, commercial broadcaster ITV is to launch a revamped streaming service called ITVX in the fourth quarter, saying it is “key to delivering our target of at least doubling digital revenues to £750mn and . . . double subscribers by 2026 “.

4. Telecom Italia plunges on break-up plan
Shares in Telecom Italia plunged more than 16 per cent on Thursday after the group announced plans to split itself in two as it tries to fend off a €10.7bn bid by private equity group KKR. Italy’s biggest telecoms company also reported a net loss of €8.7bn for 2021.

5. Meta investors face child safety lobby
A UK government-backed coalition of charities is set to put pressure on leading Facebook investors. They want them to influence the social media company to change its end-to-end encryption plans, which they fear could hide child sexual abuse.

Huawei made some fantastic smartphones before its software was hobbled by sanctions, but its spinout brand Honor now seems to be benefiting from a transfer of expertise as it seeks to grow in Europe. The Magic4 Pro, unveiled at Mobile World Congress in Barcelona this week, is its first flagship phone and is competitively priced at £899 in the UK, and with a distribution agreement with 3 Mobile.

There is a striking triple-camera array, featuring a 50MP Wide Camera, 50MP 122-degree Ultra-Wide Camera, and a 64MP Periscope Telephoto Camera. Lightning performance is promised from a Snapdragon 8 Gen 1 processor and the screen is a 6.81in Quad-Curved display with a refresh rate capable of up to 120Hz, showing up to 1.07bn colours. Fast charging is de rigueur, with 100W technology allowing charging up to 100 per cent within 30 minutes.