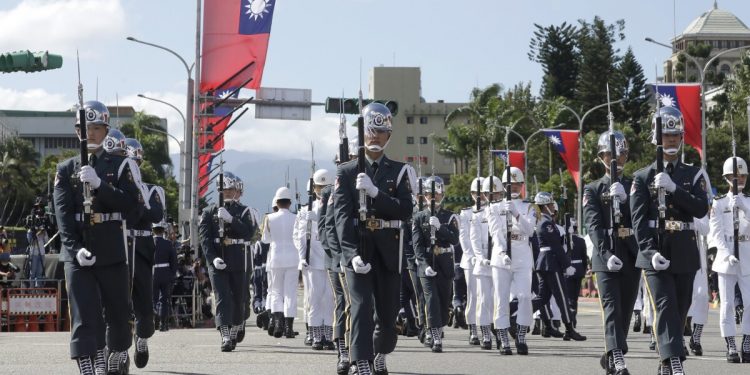 Russia’s war in Ukraine has taught the world’s autocrats some useful lessons:

Invasions may be harder than they look.

It’s unwise to go to war with an army that hasn’t had much practice against serious opponents.

The United States and its allies may appear divided, but they can still pull together in a crisis.

And when ordinary people decide to defend their homes, they can put up a surprisingly good fight.

Those lessons could have practical impact half a world away from Ukraine in the standoff between China and Taiwan.

Regaining Taiwan has been a major goal of China’s ruling Communist Party since it took power in 1949. China’s president, Xi Jinping, regularly reconfirms that he intends to return Taiwan to the motherland — by peaceful means if possible, by unpeaceful means if not.

So it’s reasonable to assume Xi and his aides have been paying close attention to the problems their quasi-ally Vladimir Putin has encountered in his brutal campaign to restore Russia’s control over its smaller neighbor, Ukraine.

In some ways, Taiwan looks like an easier target than Ukraine. It is smaller — 24 million people, not 44 million. Its military is one-tenth the size of China’s, and it hasn’t built the kind of territorial defense force Ukraine is using to great effect right now. Meanwhile, China’s navy and marine corps (yes, that’s its name) have spent decades working on the ability to mount amphibious landings against an island like Taiwan.

But Taiwan has advantages Ukraine didn’t have.

The Taiwan Strait is more than 100 miles wide, which would make an amphibious invasion daunting.

Taiwan has a security commitment from the United States — not as strong as the treaty that pledges the United States to defend NATO allies, but more than Ukraine had. (President Biden made a point of mentioning it in his conversation with Xi on Friday.)

Finally, the United States has a more direct economic interest in Taiwan than in Ukraine; Taipei is a major trading partner, the source of more than half of the world’s high-end microchips.

“What we’ve seen in Ukraine raises serious questions for China about the risks of military activity against Taiwan,” Evan Medeiros of Georgetown University, a former National Security Council official, told me last week.

“China’s theory has been that if we have to use force, it will be quick and successful and that economically the West needs China more than it needs Taiwan. All those assumptions are now open to question.”

But there have been important lessons for Taiwan too.

The biggest surprise in Ukraine beyond the poor performance of Russia’s army has been the success of Ukraine’s Territorial Defense Forces, its army of reservists and unevenly trained civilians.

“That’s the real lesson of Ukraine for Taiwan: You need civilians who know how to use a rifle,” said Bonnie Glaser, a China expert at the German Marshall Fund. “Taiwan could easily do something like that, but they haven’t.”

U.S. defense planners have long been urging Taiwan to adopt a strategy they call “asymmetric defense” — recognizing China’s vast advantages in manpower and equipment, and aiming to raise the cost of an invasion. The goal, retired Adm. James Stavridis wrote recently, should be to make the island a “porcupine — a spiny and indigestible entity that could deter China from using force.”

But over much of the last decade, Taiwan moved in the opposite direction: It cut the size of its regular army and reduced the training of its reserves. It invested in high-end weapons beloved by military brass, like F-16s and Abrams tanks, instead of more mundane tools that might deter a shipborne invader: antiaircraft weapons, anti-ship missiles and advanced mines.

“The recent situation in Ukraine proves that, in addition to international support and assistance, it boils down to the unity of our people to safeguard our country,” she said recently.

But progress has been slow. Tsai has promised to increase defense spending to 3% of gross domestic project from the current 2.1% (the U.S. spends about 3.5%). But even after Taiwan’s legislature approved more defense spending, it will take more than five years to get there.

So U.S. officials have privately been pressing another lesson from Ukraine: The United States and other countries can help Taiwan defend itself, but only if the Taiwanese show that they are ready and willing to fight.

“People love a fighter,” noted Elbridge Colby, a former top Defense official in the Trump administration. “If Ukraine had folded, the international support for them would not be happening.”

The longer Ukraine shows that a determined population can make an invasion costly, it is giving small countries like Taiwan a model of how to defend themselves — and with luck, deter the next invasion before it begins.

If so, the terrible toll of Ukraine’s war might yield at least one positive side effect: It’s just possible that this conflict may have reduced the chances of a conflict in Asia.

Own an investment property? It may be time to diversify