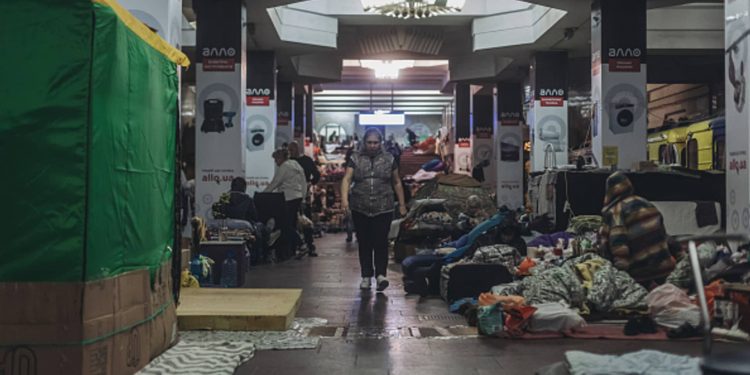 Anders Fogh Rasmussen, former NATO Secretary General, told CNBC that Russian President Vladimir Putin is the “big loser” from Moscow’s unprovoked onslaught in Ukraine and says the West made mistakes in the run-up to the Kremlin’s invasion.

Several dozen Ukrainian civilians, who had been living in the bomb shelters of the Azovstal plant for more than a month, are seen being evacuated in Mariupol, Ukraine on May 06, 2022.

Pro-Russian forces said 50 more people were evacuated on Saturday from the besieged Azovstal steelworks in Mariupol, where scores of civilians have been trapped for weeks alongside Ukrainian fighters holed up in the Soviet-era plant.

The territorial defense headquarters of the self-declared Donetsk People’s Republic (DPR) said on Telegram that a total of 176 civilians had now been evacuated from the steelworks.

“Today, May 7, 50 people were evacuated from the territory of the Azovstal steel plant in Mariupol,” the DPR said.

President Volodymyr Zelenskiy said in a late-night video address on Friday that Ukraine was working on a diplomatic effort to save defenders barricaded inside the steelworks. It was unclear how many Ukrainian fighters remained there.

“Influential intermediaries are involved, influential states,” he said, but provided no further details.

The defenders have vowed not to surrender. Ukrainian officials fear Russian forces want to wipe them out by Monday, in time for Moscow’s commemorations of the Soviet Union’s victory over Nazi Germany in World War II.

The Kremlin’s preparations are underway for the country’s annual “Victory Day” commemorations on May 9.

The 77th anniversary of the then-Soviet Union’s defeat of Nazi Germany in World War II comes more than two months after the Kremlin launched its unprovoked onslaught on Ukraine.

Russian soldiers walk to Red Square during the rehearsal of a “Victory Day” military parade. The commemoration marks the 77th anniversary of the victory over Nazi Germany in World War II.

Russian Sukhoi Su-25 jets release smoke in the colours of the Russian flag while flying over Red Square during the general rehearsal of the “Victory Day” military parade in central Moscow on May 7, 2022.

Russian soldiers walk to Red Square by passing through Tverskaya street during the rehearsal of the Kremlin’s “Victory Day” military parade.

A Russian Yars intercontinental ballistic missile launcher parades through Red Square during the general rehearsal of the “Victory Day” military parade in central Moscow on May 7, 2022.

Ukrainian forces have secured further gains north and east of the city of Kharkiv in the last 24 hours, according to the U.S.-based Institute for the Study of War.

The respected think tank says the counteroffensive could soon see Ukrainian forces push Russian forces out of the artillery range of Kharkiv.

“This Ukrainian operation is developing into a successful, broader counteroffensive—as opposed to the more localized counterattacks that Ukrainian forces have conducted throughout the war to secure key terrain and disrupt Russian offensive operations,” the Institute for the Study of War said in an update.

A man rides his bicycle next to a destroyed bridge in Ukraine’s Kharkiv region on May 5, 2022.

Russia’s Defense Ministry claims it destroyed a large stockpile of military equipment from the U.S. and European countries in Ukraine’s northeast Kharkiv region, according to Reuters.

CNBC has not been able to independently verify these claims.

The Ukraine conflict is heavily affecting some of Russia’s most capable units, said the U.K.’s Defence Ministry in its daily intelligence update.

“The conflict in Ukraine is taking a heavy toll on some of Russia’s most capable units and most advanced capabilities,” the ministry said in its update, posted on Twitter.

“It will take considerable time and expense for Russia to reconstitute its armed forces following this conflict,” it added.

At least one T-90M, Russia’s most advanced tank, has been destroyed in fighting, the update said.

“It will be particularly challenging to replace modernised and advanced equipment due to sanctions restricting Russia’s access to critical microelectronic components,” the ministry added.

Russia must pull back forces to pre-invasion position before any peace deal can happen, Zelenskyy says

Tanks of the DPR army move on the road during several dozen Ukrainian civilians, who had been living in the bomb shelters of the Azovstal plant for more than a month, being evacuated in Mariupol, Ukraine on May 06, 2022.

Ukrainian President Volodymyr Zelenskyy told London think-tank Chatham House that any peace deal with Moscow would be dependent on Russian forces pulling back to their positions before the war, the BBC reported.

Zelenskyy said that was the minimum that Ukraine could accept, according to the report. He added that there could be no question of Russia holding on to territory it has taken since the invasion started. 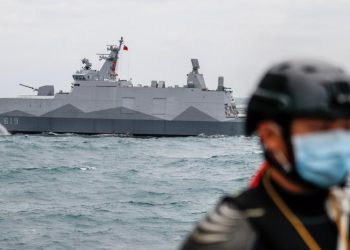 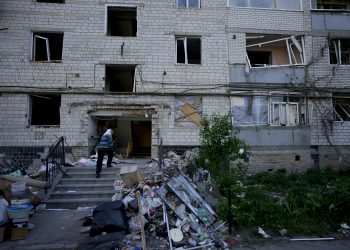 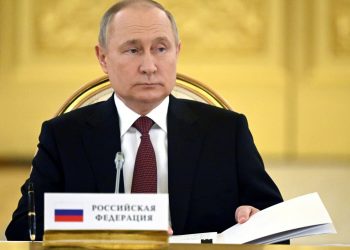 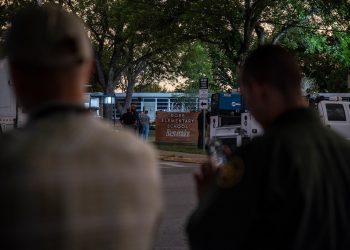 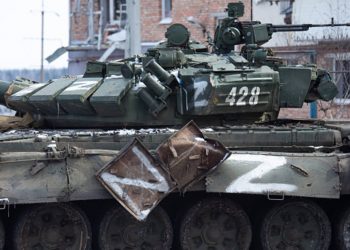