Ukrainian forces “appear to have won” the battle of Kharkiv after they were able to expel Russian troops from around the city, a U.S. defense think tank said Friday.

A report from the Institute for the Study of War said Russian forces had not attempted to hold their ground against Ukraine’s counterattack around Kharkiv over the past several days. 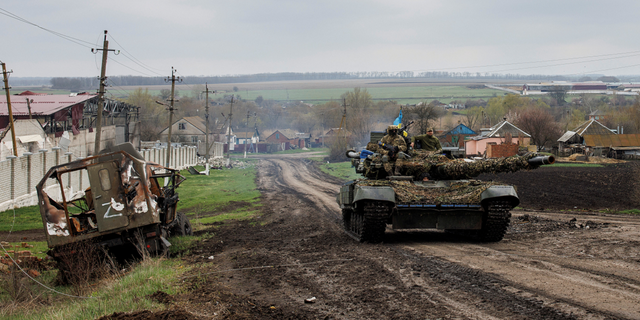 A Ukrainian tank drives next to a destroyed Russian vehicle in the Kharkiv region on April 14.
(REUTERS/Alkis Konstantinidis)

Ukraine’s second-largest city has been under enemy fire since Russia started its invasion in late February.

The think tank said the Kremlin appears to be pulling back its troops and looking to replace its military with proxy forces instead of attempting to hold its positions near Kharkiv. 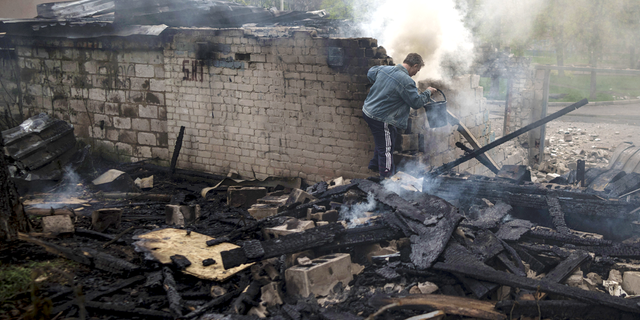 “Ukraine thus appears to have won the battle of Kharkiv,” the institute wrote. “Ukrainian forces prevented Russian troops from encircling, let alone seizing Kharkiv, and then expelled them from around the city, as they did to Russian forces attempting to seize Kyiv.”

Ukrainian defense minister Oleksii Reznikov said in a Facebook post Friday night that the country is “entering a new, long phase of the war” and that he anticipated “extremely tough weeks.” 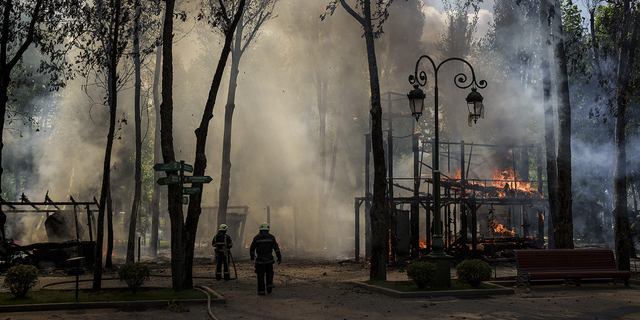 Firefighters extinguish a fire following a Russian bombardment at a park in Kharkiv, Ukraine, on Tuesday, May 3.
(AP/Felipe Dana)

Russia is still attacking villages to the north of Kharkiv. Just north of the city, there was wreckage in the city of Dergachi following what local officials said was an overnight Russian missile attack on the House of Culture, which is used to distribute aid.

“I can’t call it anything but a terrorist act,” Dergachi mayor Vyacheslav Zadorenko told Reuters. “They wanted to hit the base where we store provisions and create a humanitarian catastrophe.”

Pokemon Go players have Go Tour: Hoenn Global and Rayquaza to look forward to in February

Who is on strike today? All strikes on Wednesday, February 1

Pokemon Go players have Go Tour: Hoenn Global and Rayquaza to look forward to in February

Who is on strike today? All strikes on Wednesday, February 1