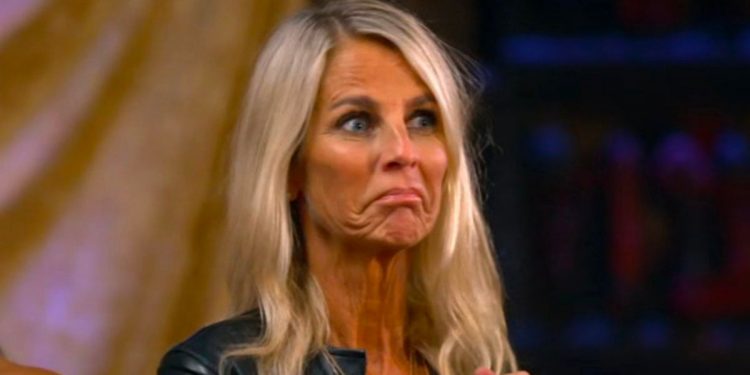 The teenage son of David and Victoria, who was 16 at the time of the photoshoot, recently appeared as the latest face of i-D magazine’s Spring issue.

The photoshoot had him stripping down to his underwear and posing for the camera.

“At the time of the shoot, he was 16. He’s since turned 17 but I can’t help feeling a bit uneasy about the images,” she said in her column to The Sun.

“Firstly, it feels like he’s still a child and the pictures blatantly sexualise him. Manipulated and stylised, they are sorely lacking in personality.”

She went on to say that his photoshoot was ‘sad and desperate’.

Cruz appeared on the front cover of i-D

Ulrika felt ‘uneasy’ with the photos
(

“I feel for all the real musicians and songwriters out there who would kill for a magazine cover like that,” she added.

“Cruz may have got our attention but he’s yet to earn our respect.”

The magazine photos had the teenager shirtless and posing in white boxers, similar to many of his father’s younger photoshoot snaps.

Cruz only turned 17 years old in February and sported a pink buzz-cut for the magazine’s ‘The Out of Body’ issue.

Ulrika wasn’t the only one who was uncomfortable with the concept of the photoshoot as fans also felt uneasy with it.

Many took to social media to air their concerns about the “disturbing” shoot.

One fan took to Twitter to say: “There are several things disturbingly inappropriate about Cruz Beckham’s i_d magazine shoot.”

Victoria shared his photoshoot on her social media
(

Someone else on the social networking app said: “I can’t be the only one uncomfortable with 17-year-old Cruz Beckham thirst trapping and stripping to his boxers and showing off abs for a mag front cover?!”

Cruz’s mother, Victoria, was proud of his photoshoot and shared the images on her social media.

She gush over her son on Instagram and penned: “He learned from the best.”

And when she posted on her grid she wrote: “Big first day as a 17-year-old! @cruzbeckham for @i_d, so proud.”

Some of Victoria’s followers were unimpressed with the sultry display of the teen though, with a few voicing their uneasiness.

can it help or harm mental health?

can it help or harm mental health?