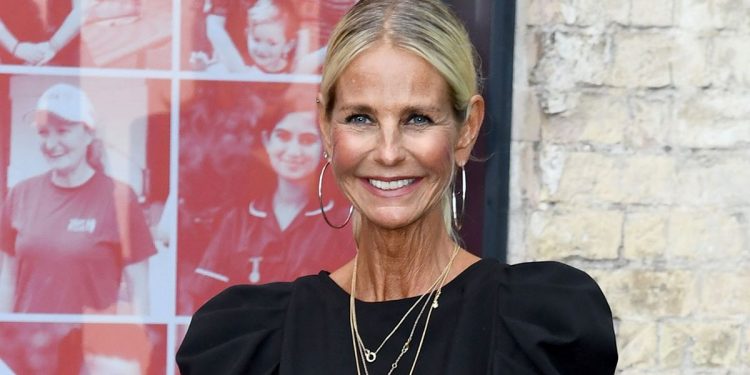 
Ulrika Jonsson shared her experiences when it came to her divorces and how they were ’emotionally damaging’.

The TV star has been married three times. She tied the knot with cameraman John Turnball in 1990 and divorced five years later.

After a few relationships, she married Lance Gerrard-Wright in 2003. The couple divorced in October 2006.

Two years later, Ulrika and Brian Monet married. The two stayed together until their split in 2019.

In her column for The Sun, Ulrika spoke on how the decisions to divorce ‘tortured her soul’.

“The run-up to the decisions [to get divorced] had been horrendous — emotionally mangling me, torturing my soul and sharply altering my view of myself and the world,” she explained.

“Having to come up with reasons why my husband had behaved ‘unreasonably’ was unreasonable in itself.”

The star opened up about her divorces after the UK brought in the new no-fault divorce bill.

The new bill will see a couple, or the one person, only having to prove their marriage is broken by simply stating how they feel in the relationship.

It allows the couple to divorce without blaming the other person and removes the ability to defend the divorce decision.

Speaking on her divorces, which happened before the bill came into action, she said: “To then be forced to apportion blame in a legal document added to the stress.

“Having to come up with reasons why my husband had behaved “unreasonably” was unreasonable in itself.”

Ulrika previously opened up about her experiences in the dating scene as well as online dating.

She told Heat magazine: “People want to meet up for sex, that’s one thing. But I might not want that.”

Ulrika feels that her lack of experience might make her search for love more difficult.

She said: “Up until less than a year ago, I had never been on a date – ever. I live in the backchat of beyond. I go for dog walks, I don’t go out. But I’ve recently tried online dating.

“I was so green when I started – there are so many catfish, and my sister kept telling me, ‘That’s a fake profile!’ Now I am so much wiser.”

The star most recently appeared on Celebs Go Dating where she gave her trust to the relationship experts in order to find love.