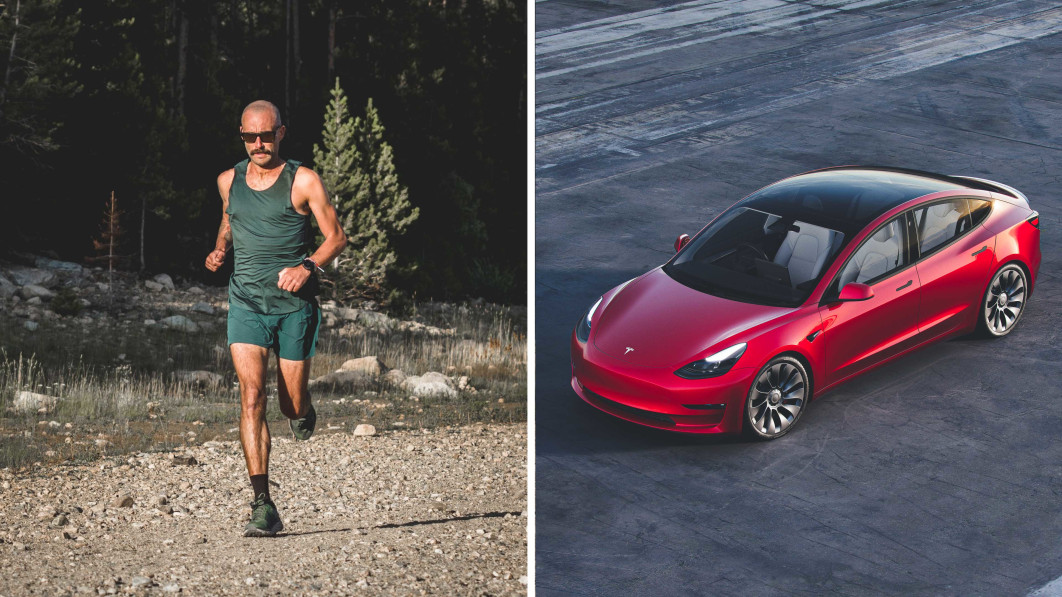 First there was the marathon, a 26.2-mile race that literally killed the first person to do it, running from Marathon to Athens in ancient Greece. Then, because that wasn’t hard enough, the races got longer and longer, moving from 50K (31 miles) to 50-milers and 100-milers. Now, we’re trying to outlast machines, in this case, a Tesla Model 3.

The rules seem simple, though not at all easy: The Model 3 and ultra runner Robbie Balenger will start from the same point 250 or so miles outside of Austin, Texas. The car will drive until it runs out of battery, which according to Balenger’s instagram post, is expected to be around 267 miles. Balenger then has 72 hours to try and surpass that distance.

For those who aren’t familiar, Balenger’s résumé is impressive. Not only has he run across America, he currently holds the record for the most complete loops of NYC’s Central Park during its opening hours, from 6 am to 1 am. In those 19 hours, he ran 16 loops, or about 98.5 miles. If that wasn’t enough, in 2021 he completed something he called the “Colorado Crush,” which included the Leadville Trail Marathon, completing the 485-mile Colorado trail in just over 11 days; the Leadville Silver Rush 50-mile race; summited every one of the 58 peaks over 14,000 feet of elevation in Colorado; and then finished up the season with the Leadville Trail 100-miler. All told, that’s nearly 1,200 miles and 300,000 feet of elevation gain in only 63 days.

I don’t know about you, but my money is on Balenger. The race will take place April 11-13, and you can follow along on Instagram for updates.