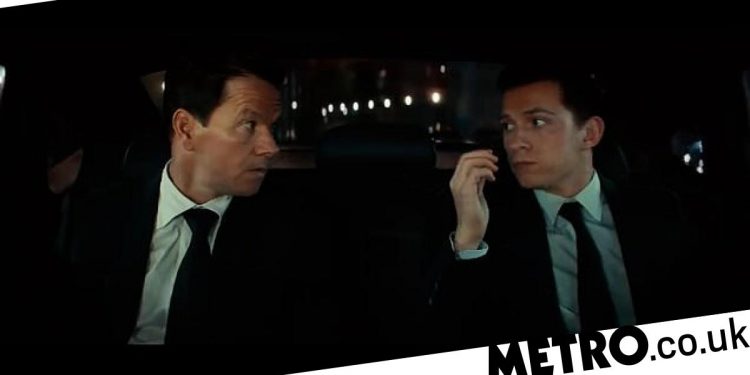 Tom Holland’s future post Spider-Man: No Way Home was always going to be exciting and, as he prepares to branch out in roles like Fred Astaire, he’s kicked things off with a fun action adventure.

And we’re here for it!

The new flick, adapted from the wildly popular video game, follows a young Nathan Drake (Tom) as he heads on a hunt to recover a fortune amassed by Ferdinand Magellan and lost 500 years ago by the House of Moncada, accompanied by his reluctant mentor Victor ‘Sully’ Sullivan.

The pair travel across the globe to reach the fortune before Santiago Moncada (Antonio Banderas), who believes he and his family are the rightful heirs.

Along the way, Nate’s left uncertain about who to trust, driven by a longing to reunite with his long-lost brother.

Tom seems right at home in the role, playing a witty and lovable young Nate, proving he was exactly the right man for the job by taking on some incredibly eye-watering stunts (yep, he actually did plenty of them himself) as he becomes an all-out action hero.

Talking of stunts, the opening scene is enough to draw anyone in, and as Nate tackles everything from falling out of a plane to classic booby-traps (we knew they were coming), the action simply doesn’t stop.

The dynamic between Tom and Mark’s Sully is everything we needed and, while we all know that the peak of Antonio’s career was Shrek’s Puss in Boots, his chilling villainous ways as Moncada certainly weren’t too shabby.

While the action is impressive, we could have done with a few more surprises, as the quippy dialogue gets a little old a little quickly, and fans of the video game will have no problem guessing what’s next.

But even the film’s most preposterous moment (you’ll know it when you see it) doesn’t seem out of place as we’re taken around the world and back again on a wild ride.

What does let movie down a little is the clear angling for a sequel. While Uncharted could have worked excellently as a standalone, it seems likely that studios and executives will attempt to draw even more out of the franchise which could result in some very lacklustre sequels.

Either way, Uncharted shows off Tom in all his action hero glory and we absolutely can’t be mad at that.

Uncharted is in cinemas now.


MORE : Uncharted star Tom Holland would love to be in a Jak & Daxter movie


MORE : Tom Holland absolutely thrown as Josie Gibson reveals she watches his interviews with Zendaya when she can’t sleep