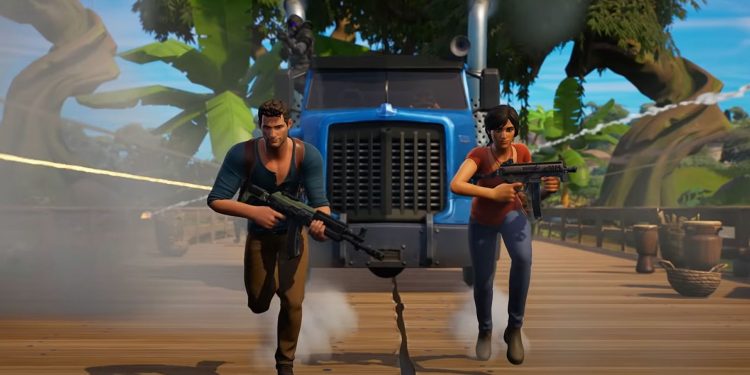 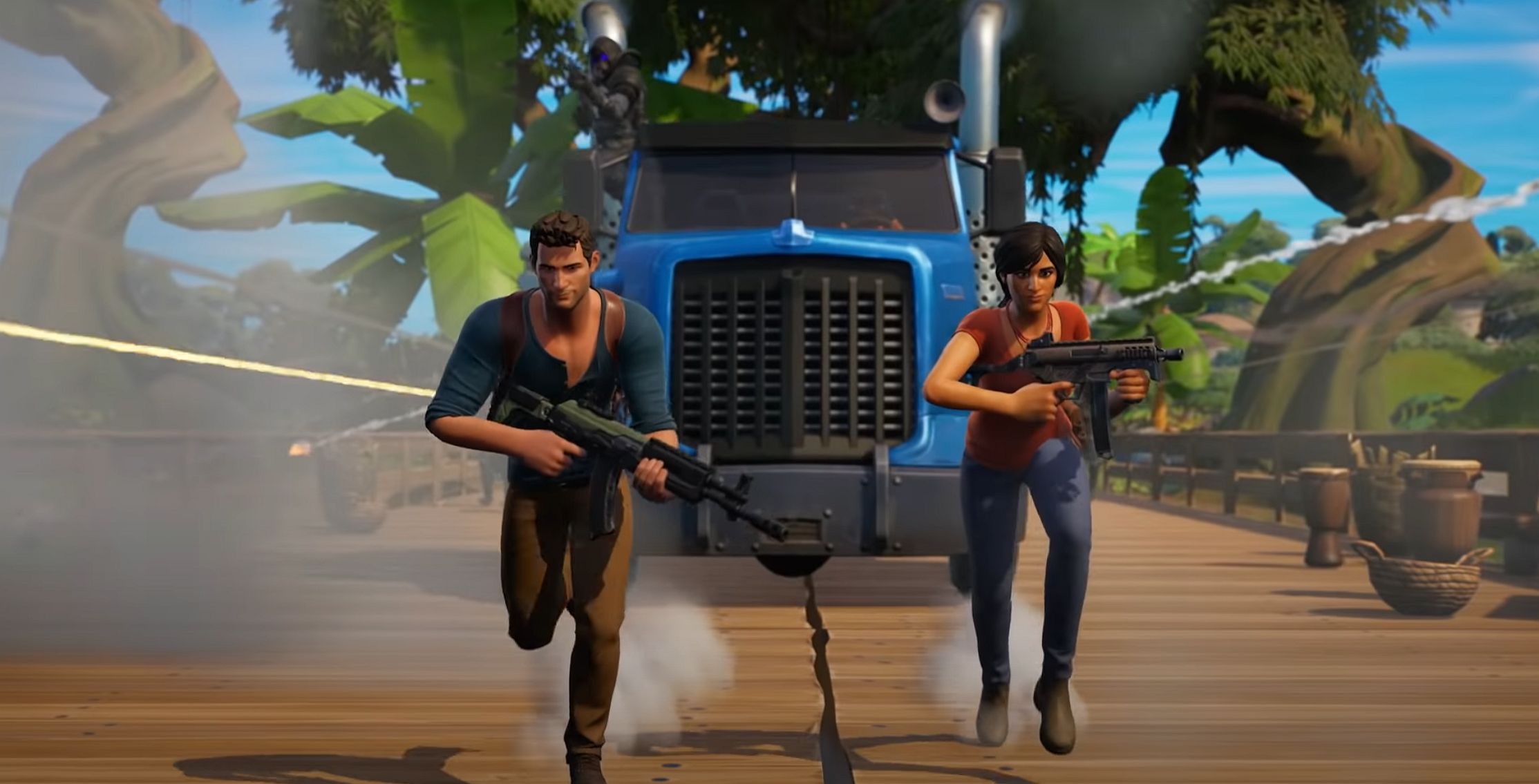 Fornite players will soon be able to grab some Uncharted skins for their characters.

Epic Games recently released a teaser to the next collaboration for the game, and when you guessed the correct answer, a video appears showing off some Uncharted goodness (thanks, iFireMonkey).

According to the video, the Uncharted collaboration starts next week on February 17. The skins are Nathan Drake from Uncharted 4 and Cloe from The Lost Legacy. There are skins of both characters from the Uncharted film as well. You can switch between both styles in your locker. The Chloe Frazer Outfit is sold with Chloe’s Pack Back Bling.

On top of the Nathan Drake outfit and Chloe Frazer outfit, there will be other accessories. These include the Second Hand Saber Pickaxe, Parashurama Axe Pickaxe, Sully’s “New” Seaplane Glider, and an Update Journal Emote.

According to the video, after Nathan Drake “spends some time on the Island,” he’ll leave behind some treasure maps. If you come across Drake’s Maps on the Island, they will guide you to the buried treasure which you can dig up with your Pickaxe.

Sounds fun! Who wouldn’t want to run around as our favorite swashbuckling hero for a while, right?

Johan Lundgren: ‘I get upset when people say we should just stop flying’ | easyJet

Johan Lundgren: ‘I get upset when people say we should just stop flying’ | easyJet