Unhealthy body image? Get among the trees, give yourself time to think 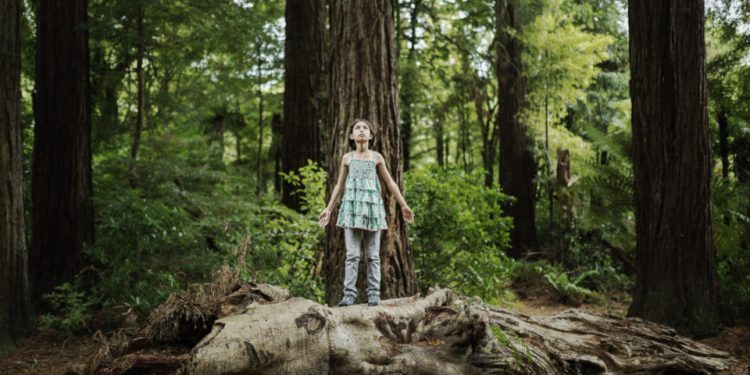 
Caring for a young person with a negative body image is often a maddening, emotional journey without maps. As it is for the sufferer.

Unhealthy body dissatisfaction is a lot more serious than “does my bum look big in this?”.

A 2006 study found that adolescents with negative body image concerns “are more likely to be depressed, anxious, and suicidal than those without intense dissatisfaction over their appearance, even when compared to adolescents with other psychiatric illnesses”.

A 2016 study found that logging on to social media sites frequently throughout the week or spending hours trawling various social feeds during the day “is linked to a greater risk of young adults developing eating and body image concerns”.

And this is the heart of concern: persistent poor body image “drives people to engage in unhealthy weight-control behaviours, and places them at heightened risk for developing an eating disorder”. Which is a terrifying prospect.

For sufferer and carer alike, to quote the doomed poet Sylvia Plath, it’s a case of: “I simply cannot see where there is to get to.”

How about the great outdoors?

It almost sounds silly to suggest that a day at the beach or a walk among the trees can serve as a circuit breaker.

Except there’s abundant evidence that shows exposure to green spaces gives a significant boost to the mental health of young people. Even if it’s only pottering about in the garden.

The New Daily has reported as such numerous times. See here and here.

But what about body issues?

A new UK study found that being in nature “helps people deal with negative body image by removing some of the triggers of body image anxiety, such as the focus on social media, and strengthening coping mechanisms to keep negative feelings in perspective”.

They suggest this may be due “to the physical and mental distancing from the sources of body image threats such as unrealistic appearance standards, mirrors, or social media”.

They also  say that being in nature “may also help individuals develop healthier thought processes that allow for more realistic appraisals of body image threats and their future consequences”.

Lead author Viren Swami, Professor of Social Psychology at Anglia Ruskin University, said: “There is already evidence that being in nature in itself promotes positive body image, but this is the first study to look at how exposure to nature can help the mind cope with temporary feelings of negative body image that we all experience from time to time, and keep a sense of perspective.”

These same researchers, in a series of 2018 studies, found that the natural environment has such a powerful effect on promoting positive body image, “you don’t even have to set foot outdoors to experience the benefits”.

In this instance, university students in Cambridge and London were shown photographs of both natural and built environments, where exposure to images of natural, but not built, environments “resulted in improved body image”.

Studies are fine but what about the real world?

Five years ago, youth worker and surfer Rachael Parker founded Ocean Mind, an organisation that takes young people out of themselves, partners them with a mentor and teaches them surfing.

These are kids with a range of issues from lack of confidence, mental health challenges and, yes, body issues.

One theory about the benefits of getting into nature is it shifts a young person from thinking about their body to feeling the physicality of their body.

“We get them down to the beach and give them a really fun and engaging experience where they have an opportunity to go out of their comfort zone and try something,” Ms Parker said.

“We see that they find enjoyment in the challenge and in the mastery of a new skill.”

These are young people who arrive into the program with “very low” self-esteem and poor self image. This begins to shift with the relationship they develop with their mentor, and through the process of learning to surf.

Time at the beach also provides a break from social media exposure.

“It can be so toxic and damaging,” she said. “We see that it’s helpful to take a break from those sorts of resources. They tell us that the time here is a break from their lives.”

Based in Torquay, Victoria, evidence for the success of the program is found in its waiting list. There are other outdoors programs available for young people.  See here, here and here to get started.