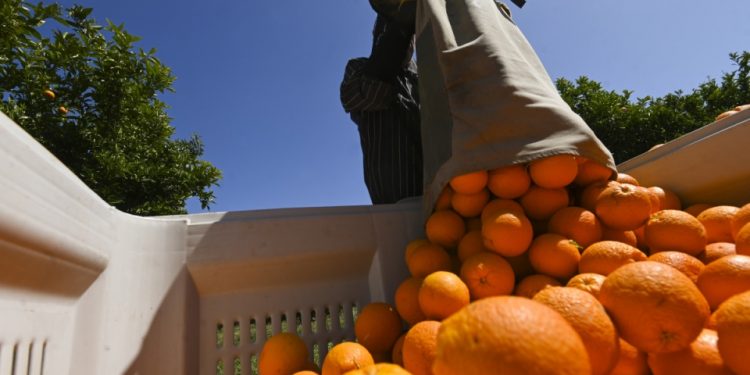 The Australian Council of Trade Unions will push for a 5 per cent increase in wages for low-paid workers.

If its submission to the Fair Work Commission annual wage review is successful, the minimum hourly rate will rise to $21.35 an hour, taking the full-year wage to $42,183.96.

One in four workers, or more than 2.5 million workers, rely on the annual wage review for pay rises.

ACTU Secretary Sally McManus said workers needed a 5 per cent increase to keep ahead of rising inflation and living costs.

“We are calling on [Prime Minister] Scott Morrison to support the workers of Australia and back this pay increase,” she said in a statement on Thursday.

“If this government is serious about addressing cost of living pressures, it starts with wage growth.”

The federal government this week handed down its budget for the 2022/23 financial year, emphasising measures to ease cost-of-living pressures.

These include a halving of the fuel excise to 22 cents per litre, a one-off $420 tax offset for 10 million low and middle-income earners and a one-off $250 payment for pensioners, carers, veterans, job seekers, eligible self-funded retirees and concession cardholders.

At that review, the ACTU argued for a 3.5 per cent rise while business groups proposed a 1.1 per cent increase.

“An increase of 5 per cent, that the ACTU will be arguing for, is what is needed to get real wages growing and to avoid further pay cuts,” she said.

“The one-off payments of Morrison’s federal budget will do nothing to generate the long-term, sustainable wage growth that workers need or stop the nation’s workforce suffering another year of real wage cuts.”

Financial market economists fear annualised inflation could accelerate to at least 5 per cent from the current, high rate of 3.5 per cent.

Kamala Harris, daughter of a Jamaican immigrant, will meet with island's prime minister