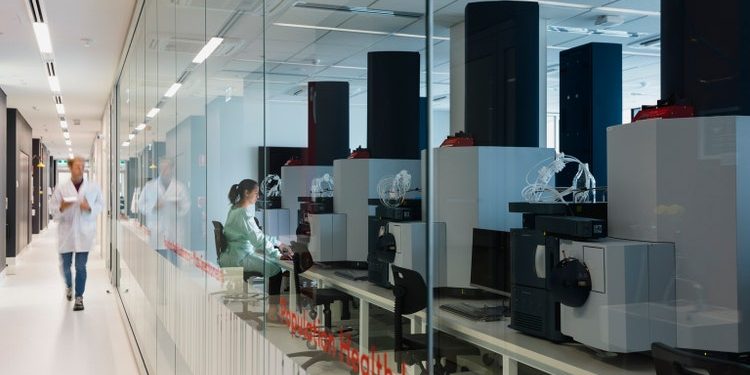 
uniQure N.V. (NASDAQ:QURE) is a great speculative biotech to look into. The reason why I state this is because its main clinical program, which deals with the use of etranacogene dezaparvovec for the treatment of patients with Hemophilia B. The company has already been able to meet both the primary and secondary endpoints of a pivotal trial known as HOPE-B. With this data on hand, it will be filing marketing applications for potential approval of this drug for the treatment of this population in both the United States and European Union.

I think that these catalysts would be a great trade opportunity for traders/investors. Based on these possible events, these are why I believe that uniQure N.V. would be a great speculative biotech to look into.

The main program in uniQure’s pipeline would be the use of etranacogene dezaparvovec for the treatment of patients with Hemophilia B. Hemophilia B is a hereditary bleeding disorder that is caused by a lack of blood clotting factor IX. The problem is that without enough clotting factor IX, patients experience severe bleeding. This occurs because blood can’t clot in a much needed fashion. The thing is that there are several symptoms which these patients experience such as:

I believe that uniQure stands a good shot at ultimately receiving regulatory approvals for a few territories. That’s because it has already met the primary and secondary endpoints of a pivotal study known as HOPE-B. This was a single arm phase 3 study. Single-arm in the sense that patients only received etranacogene dezaparvovec for their treatment of Hemophilia B. However, there were two items that were done as part of the recruitment process, which were:

The notion of recruiting of those with less than or equal to 2% of normal FIX activity is very important. That’s because the accomplishment of success for this late-stage HOPE-B study is that much more crucial because of it. The reason why is that patients with around this much of FIX activity are severely ill patients. To give you a sense of how sick they are, it’s important to understand where the scale ranges. In order for a person to be considered to have normal FIX range, they have to be between 50% to 150%. Then, you have specific range levels, which are:

As you can see, uniQure treated the most severely ill patients. This was proven in the data released, whereby patients treated with etranacogene dezaparvovec achieved mean FIX activity of 39% of normal at 6 months and then 36.9% of normal FIX at 18 months post infusion. After the 6-month lead in period noted above, the ABR was reduced for patients by 64% with a p-value of p=0.0002. This was the primary endpoint which was evaluated over a 52-week period, in which the ABR of the prophylaxis lead in period was compared with post administration of gene therapy etranacogene dezaparvovec.

The study being able to meet both primary and secondary endpoints is important, but I think the best thing of all is what patients were able to do afterwards. That is, 98% of patients who received the full dose of etranacogene dezaparvovec were able to completely stop use of the need for porpylaxis. This is great, because it proves that gene therapy provides substantial long-term treatment for Hemophilia B patients. Especially, which I have noted above, for patients who have really low FIX levels in the blood to begin with.

This was a major catalyst which was already obtained, then what exactly is left for traders/investors too look forward to? There are two potential catalysts which are expected in the coming days/months. It is expected that uniQure, along with its partner CSL Behringwill file marketing applications of etranacogene dezaparvovec for Hemophilia B in both the U.S. and European Union in the 1st half of 2022. uniQure already received an upfront cash payment of $450 million for the closing of an agreement and will receive regulatory and commercial sales milestones. It is also eligible to receive royalties on net sales if and once the gene therapy is commercialized.

According to the 10-K SEC FilinguniQure N.V. had cash and cash equivalents of $556.3 million as of December 31, 2021. The biotech is in excellent shape, because it is expected that it has enough cash on hand to fund its operations into the 1st half of 2025. Of course, this assumes that both the BLA to the FDA and the Marketing Authorization Application (MAA) to the European Union are submitted. There is potential to earn up to about $55 million following both of these application submissions for etranacogene dezaparvovec for Hemophilia B. Plus, there is potential to earn additional milestone payments later on based on commercial sales milestones as well.

Even though there is huge potential here, there are a few risk factors to consider. The biggest risk factor of all would be the regulatory application for etranacogene dezaparvovec for Hemophilia B. The reason why I state this is because there is no guarantee that the gene therapy will be approved for use in either the U.S. or the European Union. Approval in each of these territories will be dependent upon the review process for both of these territories.

The final conclusion is that uniQure is a great speculative biotech to look into. That’s because it has been able to deliver solid results for a pivotal late-stage study known as HOPE-B. It has met both the primary and secondary endpoints of this pivotal study and as such it is expected to file marketing applications of etranacogene dezaparvovec for Hemophilia B in both the U.S. and European territories. Both of these regulatory filings are expected to occur in the 1st half of 2022, which will be huge catalysts for traders/investors to look forward to.

The thing is that this company has other programs it is working on. Most notably, it is advancing AMT-130, which is a gene therapy for the treatment of patients with Huntington’s disease. It expects to provide updated results from 10 patients in a lower dose cohort in Q2 of 2022. This will include safety, mHTT and NfL biomarker data as well. However, volumetric MRI and functional data is expected to be available by the 1st half of 2023. This provides additional catalysts from the pipeline for which investors can look forward to.

Will Smith barred from Academy events for 10 years, including the Oscars

Will Smith barred from Academy events for 10 years, including the Oscars