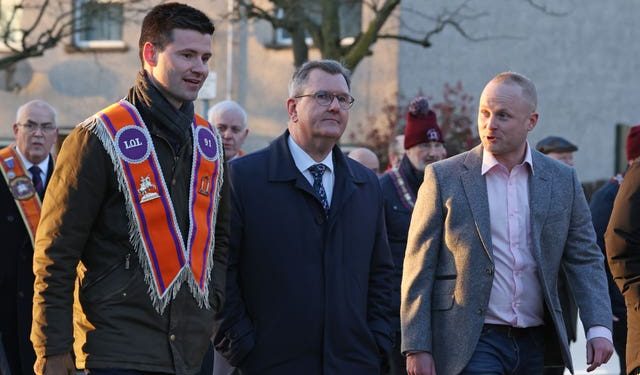 There is “unwavering support” from the electorate for unionist leaders standing together against the Northern Ireland Protocol, the DUP leader has said.

Sir Jeffrey Donaldson addressed the latest rally to be held against the post-Brexit arrangements which see additional checks on goods arriving into the region from Great Britain.

It is strongly opposed by unionists as a border in the Irish Sea.

Ulster Unionist leader Doug Beattie had been due to address the rally, but pulled out expressing concern that the anti-protocol rallies were raising tensions.

His decision came after a security alert halted a peace-building event in north Belfast which Irish Foreign Affairs minister Simon Coveney had been addressing.

A poster of Mr Beattie was placed on a bench at the event in his absence, which had a section of rope at his neck.

Mr Allister said he removed the poster from view because he felt its presentation, whether intentional or inadvertent, was “entirely inappropriate”.

He told PA that if someone placed it to “convey malevolence”, that “they were idiots”.

Sir Jeffrey said his message to the event is one of unionists working together.

“Unionism is fully entitled to express its unequivocal opposition to the protocol in a public and peaceful way.

“The protocol has undemocratically altered Northern Ireland’s constitutional position and dealt a hammer blow to prosperity in all corners of our province.

“Not a single unionist representative supports the Irish Sea border.

“Our opponents see the election on May 5 as an opportunity to weaken Unionism and divide the anti-protocol cause.

“If they succeed, they will use the result to justify the status quo and force the Government to do nothing.

“We cannot allow that to happen.

“It is critical that our families go the polls and transfer down the unionist ticket.”

Sir Jeffrey also reiterated his stance that his party participating in the next Stormont Executive depends on the Government taking steps to remove the protocol.

He added: “Let the enduring message sent out from Lurgan tonight not be about who did or didn’t attend but rather about unionists standing together in principled and united opposition to these arrangements.”

Mr Allister said any unionist who “comes to terms with the protocol” is “embracing transition out of the United Kingdom and into an Irish Republic”.

“Such is the fundamental assault made by the protocol on our constitutional position that is irreconcilable with meaningful membership of the UK,” he said.

“The core premise of the protocol is that GB is a foreign country and that Northern Ireland, in trading terms, is an integral part of the EU on what is to be the economically integrated island of Ireland.

“Any unionist who finds nothing to protest about within the protocol and who, indeed, denigrates protests and protestors, sadly, but clearly, does not get the protocol or the its Union-dismantling synergy.

“Unionist voters who are dismayed by such complacency can, and should, express that disappointment by how they deploy their preferences in the election.

“Now is a time for strength, not weakness.” 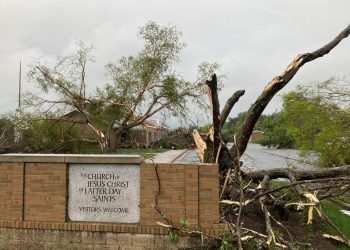 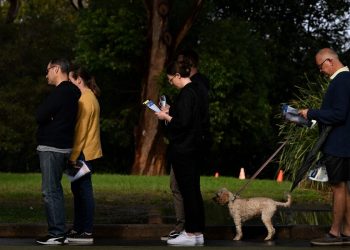