Up to 8,000 asylum seekers to be sent to ‘basic’ accommodation centres, as Priti Patel ends use of hotels 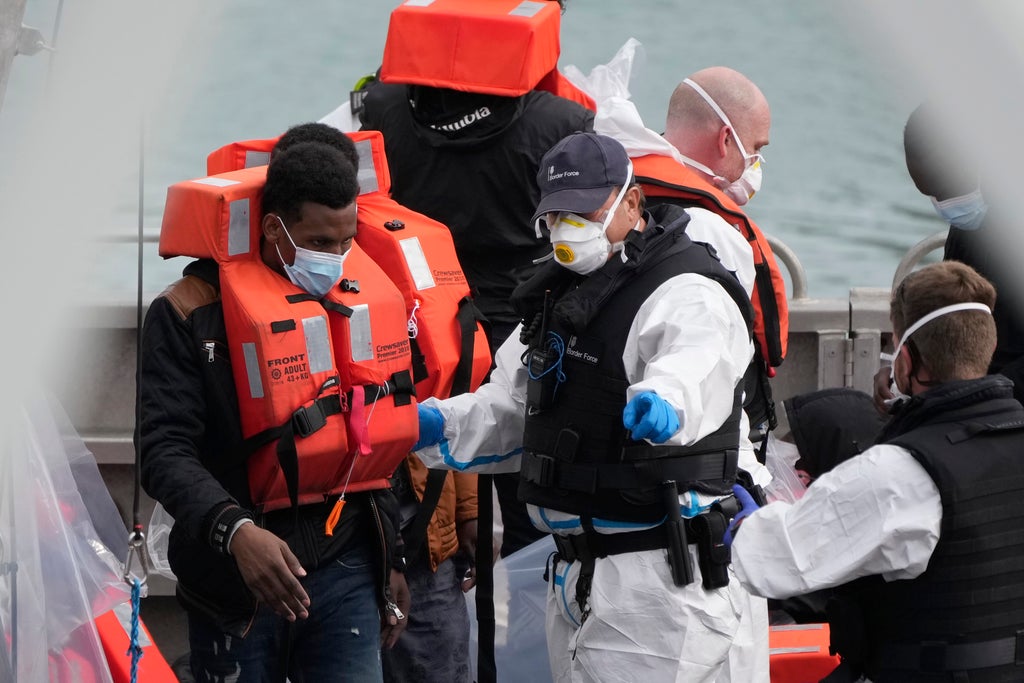 Up to 8,000 asylum seekers will be sent to new “basic” accommodation centres, under government plans to end the use of hotels.

Priti Patel has begun the bidding process for the new policy – first announced in March – revealing that nine centres are planned across England, but none in the rest of the UK.

The number of places sought means the home secretary wants nearly three times as many as planned by Labour when it unveiled similar controversial plans 20 years ago.

They were killed off by local opposition in Worcestershire, Hampshire, Nottinghamshire and Oxfordshire, where the centres were earmarked.

Ms Patel’s plans are part of a hardline crackdown designed to stem the rise in cross-Channel crossings, which has seen more than 10,000 people make the life-threatening journey in small boats this year.

Hotels are viewed as a “pull factor”, although they have been criticised by refugee support groups for leaving people without adequate shoes, clothing or suitable food in “dehumanising” conditions.

Instead of moving asylum seekers to private housing, the tender seeks “new build” sites but also plans the renovation of pre-existing buildings.

The Home Office will contract out transport, facilities management, security, catering and “wraparound services”, such as safeguarding, education and healthcare, a document says.

Chris Philp, the immigration minister, said: “The New Plan for Immigration is the only credible long-term plan to fix the broken asylum system and bring the exploitation by people-smugglers to an end.

“We will end the use of hotels for new arrivals. We plan to introduce new centres to provide basic accommodation for those who can’t be returned to a safe country.”

The Independent reported that Ms Patel recently visited a controversial new “closed” asylum centre on the Greek island of Samos, prompting concern that she plans something similar.

Campaigners have accused her of failing to tackle the root causes of the rise in crossings, preferring headline-grabbing measures that will do nothing to cut the journeys.

The Home Office document says the nine centres will need to accommodate what it calls “service users” for up to six months.

However, the average waiting time for a case to be decided has risen to more than a year, with many asylum seekers waiting far longer.

Despite the stated policy, it appears the Home Office is still considering the limited use of hotels, if necessary.

The document states it hopes to “facilitate networking and engagement between different partners, including landlords, hoteliers and other accommodation providers to facilitate new solutions”.

New legislation will criminalise the 60 per cent of asylum seekers who currently reach Britain via unauthorised routes.

Permanent protection will be denied and those individuals routinely assessed for removal instead, if countries agree to take them back – which remains a huge doubt.