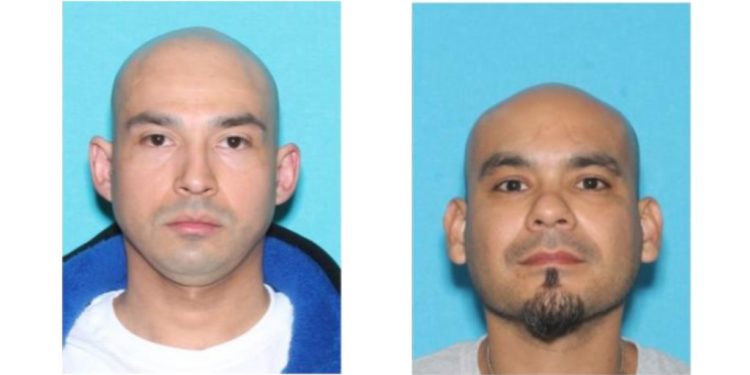 
Witnesses claim an on-going feud among both parties’ families

EDNA, Texas – On Friday, March 25, a jury in Jackson County, Texas found Justin David Lopez guilty for the murder of Isaac Andre Ybarra. The jury also sentenced Lopez, 41, to life in prison for the Nov. 5, 2019 murder. The evidence included a forensic pathologist, one and half eye-witnesses, law enforcement and a gang expert from the Office of Inspector General. The Edna Police Department, Jackson County Sheriff’s Office and the Texas Rangers assisted with the investigation.

According to a news release from Pam Guenther, Jackson County Criminal District Attorney, a testimony indicated that the murder was a premediated ambush. It also revealed that the shooting occurred within six inches of the victim’s face, specifically near his left eye. A dispute between the defendant’s brother, Joe David Lopez, and the victim’s cousin, Jacob Hernandez, took place. The dispute involved foul language, spitting and can throwing. It happened at the house of Joe David Lopez, located at 512 Ward Street in Edna at approximately 12:45 a.m.

The victim arrived on the scene and approached  Joe David Lopez to review the rules of the fight. Justin then ran up out of the shadows and shot Isaac Andre Ybarra in the face before anyone could react. The news release stated that Justin Lopez swept the crowd with his pistol, asking if anyone else wished for some of the same. He then fled the scene. Officials captured Justin sixty days later in Laredo, Texas. Through investigation, officials did not recover a gun, and most witnesses claimed bad vision or memory loss. The news release stated that the jury “had no doubt” that Justin David Lopez committed murder. The state then proved each element of murder beyond all reasonable doubt with credible evidence.

Witnesses confirmed that there was an on-going feud between the Ramos (Lopez) and Hernandez (Ybarra) families. According to the news release, the defendant had previously served a prison sentence for Aggravated Assault with a Knife of the murder victim’s uncle, Richard Hernandez. Justin David Lopez also served time for the following felonies:

According to the news release, Justin David Lopez was shown to be an active member of the “Texas Syndicate,” a criminal gang. The gang constitute a security threat group within the Texas Department of Criminal Justice Institutional Division. Justin’s prior offenses and association or membership with the gang demonstrate the relationship between the parties and the defendant’s state of mind, at the time of the offense. His knowledge, intent, motive and lack of mistake were also demonstrated in his conduct and the results.

You can read the previous story below: