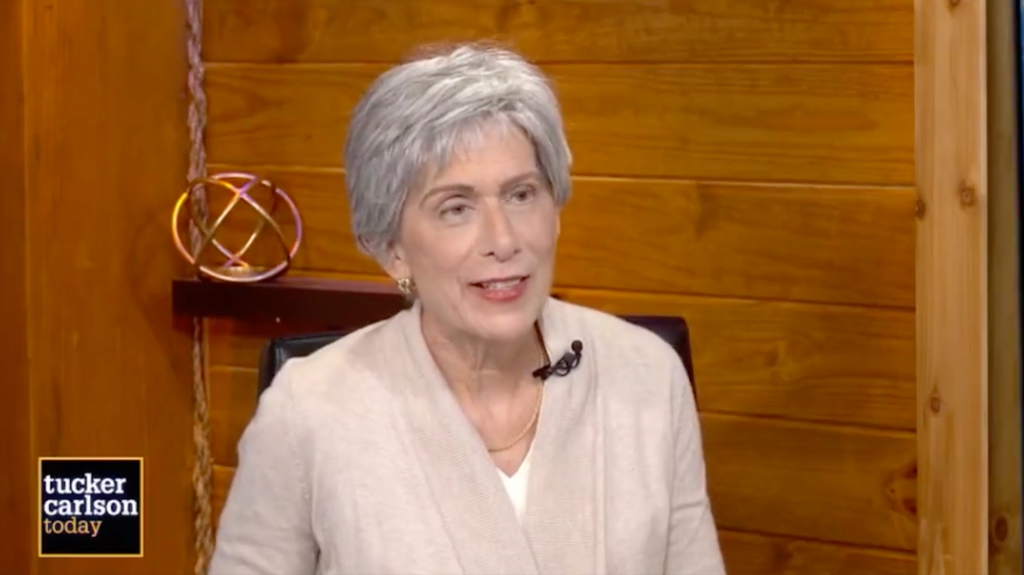 A Pennsylvania professor is facing a fierce backlash after she made a series of comments attacking non-white Americans in an interview with Tucker Carlson.

Amy Wax, a law professor at the University of Pennsylvania, made the remarks on Tucker Carlson Todaya show on Fox News’ streaming service, Fox Nation. In a lengthy diatribe, Prof Wax took aim at “Blacks,” Asian Americans, Indian women, and other targets.

Carlson did not challenge her. Seconds later, the professor took aim at “Asian and South Asian, Indian doctors at Penn Med.”

“Take, you know, the Brahmin women who come from India and they climb the ladder, they get the best education, we give them every opportunity, and they turn around and lead the charge on ‘we’re racist, we’re an awful country, we need reform,’” Prof Wax said. “Here’s the problem: they’re taught that they are better than everybody else, because they are Brahmin elites, and yet, on some level, their country is a s***hole – excuse my language.”

The teacher then explains her theory that these immigrants resent America’s “wonderful, developed scientific and medical establishment,” and lash out by accusing it of racism.

“They realize that, you know, we’ve outgunned and outclassed them in practically every way, and what do they feel?” Prof Wax went on. “I think the role of envy and shame in the way that the Third World regards the First World is underestimated.”

The comments have outraged teachers and students across the country.

“Amy Wax is a racist. Period,” tweeted Hindu On Campus, an organisation that fights anti-Hindu bigotry at American schools.

“It’s just kind of sad when you have someone so dumb on the faculty of one of the best law schools in the country,” one of Prof Wax’s colleagues, Penn Law lecturer Neil Makhija, told The Philadelphia Inquirer.

In an email to The IndependentProf Wax’s employer disavowed her remarks.

“The University of Pennsylvania Carey Law School has previously made clear that Professor Wax’s views do not reflect our values or practices,” the school said. “In January 2022, Dean [Theodore] Ruger announced that he would move forward with a University Faculty Senate process to address Professor Wax’s escalating conduct, and that process is underway. At this time, as required by the University Handbook, and to preserve the integrity of the process, we will not make any public statements until the proceedings have been completed.”

The Independent has reached out to Fox News and to Prof Wax herself for comment.