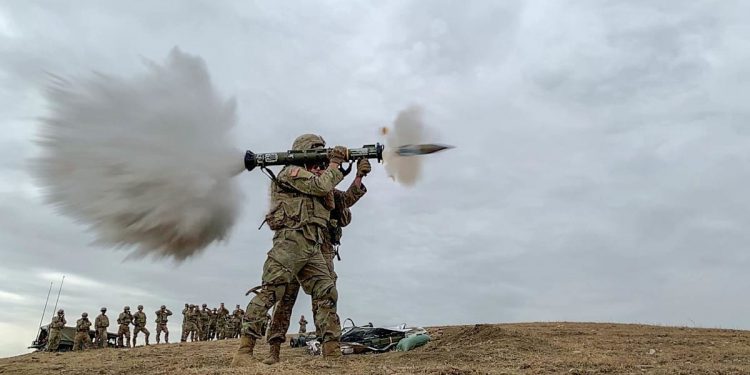 
US Army trainers are already using lessons from Russia’s war in Ukraine to train soldiers for potential future conflicts with adversaries like Russia or China, The Associated Press reported.

According to The AP, this month’s training at National Training Center involves role-players that speak Russian. The scenario’s focus is on enemy forces that use social media to create propaganda about US troops as well as forces that use missiles in their effort to take over cities.

Wormuth told The AP that the crisis in Ukraine shows how important the information domain is going to be for US forces.

Brig. Gen. Curt Taylor said that the goal is to train brigades on how to use all their tools in combat to wage a coordinated attack, including countering misinformation online.

Russia has used disinformation online and on state-sponsored media to disrupt the narrative that Ukraine is the aggressor in the invasion. Using actual images from the war, propaganda machines give a different explanation of what happened.

Another part of the training will focus on dealing with an enemy that’s willing to use missiles to strike civilian areas, The AP reported.

Russia has attacked hospitals, and apartment buildings, among other civilian buildings. Ukraine, alongside numerous other countries, has accused Russia of war crimes in the targetting of civilian areas.

“We’ve got to be prepared for urban combat where we have an adversary that is indiscriminately firing artillery,” Taylor said.