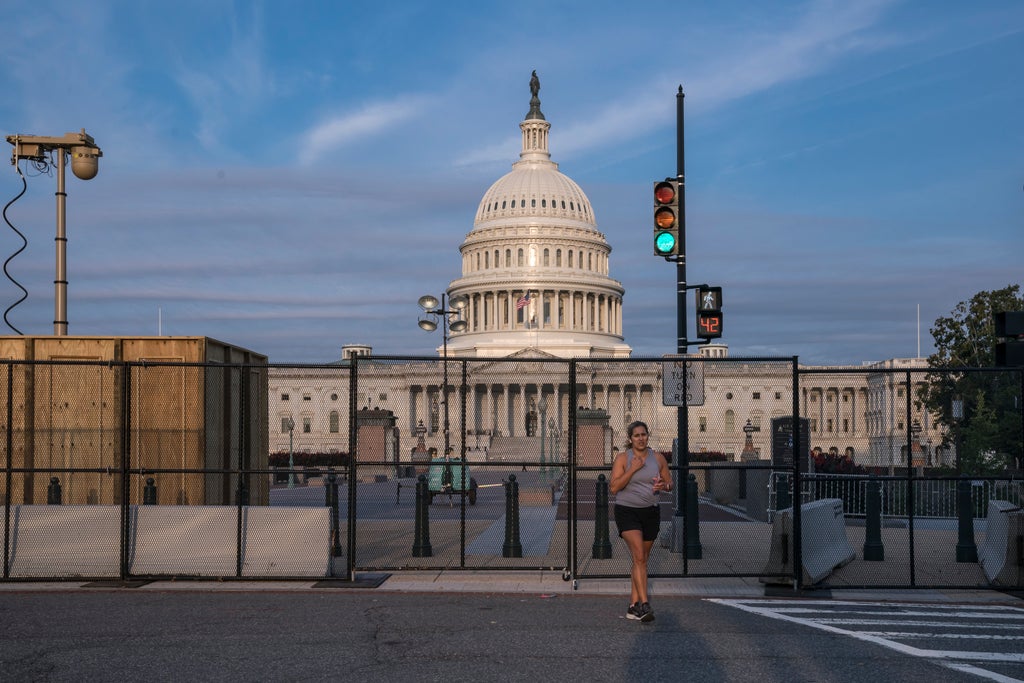 Security fencing could once again ring the US Capitol as law enforcement authorities prepare for potential attempts to disrupt President Joe Biden’s first State of the Union address with the same tactics used by truck drivers who paralysed Canada’s capital and shut down traffic over a vital US-Canada trade route earlier this month.

On Saturday, Canadian riot police deployed pepper spray, batons and stun grenades in Ottawa as they cleared the last remnants of a blockade of trucks that had disrupted life in Canada’s capital city for weeks — first to express opposition to regulations requiring truck drivers who deliver goods across the US-Canada border to be vaccinated against Covid-19, and later as a less focused protest directed at Prime Minister Justin Trudeau’s Liberal Party government and Covid-19 pandemic restrictions in general.

Many prominent American conservatives, including Republican senators and Fox News personalities, have called for a similar blockade to shutter Washington as a general protest against the administration of a Democratic president, Joe Biden.

In anticipation of potential disruptions to Mr Biden’s 1 March State of the Union address to Congress, the US Capitol police has announced stepped up security in excess of what is usually deployed for a president’s speech to a joint session of Congress.

“Law enforcement agencies across the National Capital Region are aware of plans for a series of truck convoys arriving in Washington, DC around the time of the State of the Union. As with any demonstration, the USCP will facilitate lawful First Amendment activity,” the Capitol Police said in a statement, adding that the agency is “closely coordinating with local, state and federal law enforcement agencies” as well as the National Guard.

In response to queries about whether the preparations for the 1 March joint session include re-erecting the climb-resistant security fence that surrounded the Capitol complex for months after the 6 January insurrection, the USCP said it has been working “closely” with the US Secret Service to plan for Mr Biden’s speech.

A Capitol Police spokesperson said the return of a “temporary inner-perimeter fence” has been broached in “ongoing discussions” with the Secret Service, which by law is the lead agency in charge of security for events like the State of the Union that are designated as “National Security Special Events”.

The fence “remains an option,” the spokesperson said. “However at this time no decision has been made.”