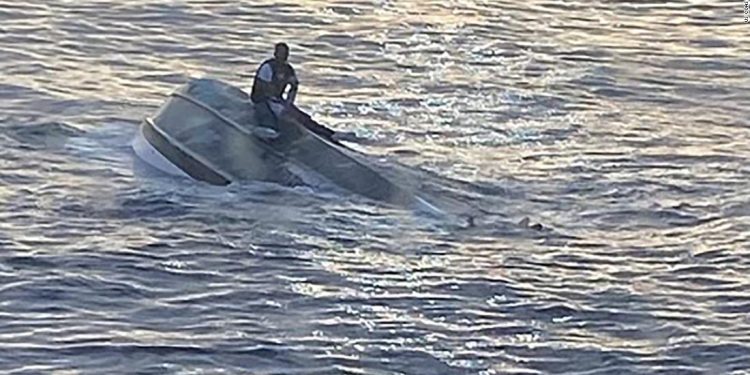 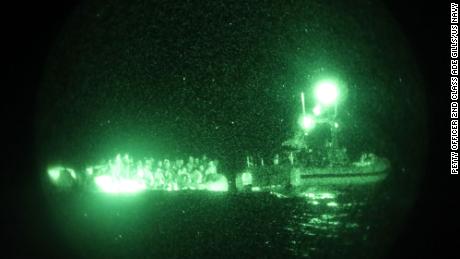 At approximately 8 a.m. on Tuesday, the Coast Guard Miami Sector received a report from a good Samaritan who said he rescued a man clinging to a capsized vessel approximately 45 miles east of Fort Pierce Inlet, officials tweeted.
Missing boater is found clinging to his capsized boat off Florida’s east coast

The Coast Guard said they suspect this was a human smuggling venture.

The rescued individual told authorities that he had left Bimini, Bahamas, with 39 others on Saturday night and they encountered severe weather, causing the boat to capsize.

According to the survivor, no one on board the vessel was wearing a life jacket.

As of now, the Coast Guard is the only agency engaged in rescue efforts, the US Coast Guard Southeast told CNN. The search area extends from 45 miles east of Fort Pierce Inlet down to Bimini.