US Mulls Releasing 1 Million Barrels of Oil a Day From Reserves: BBG 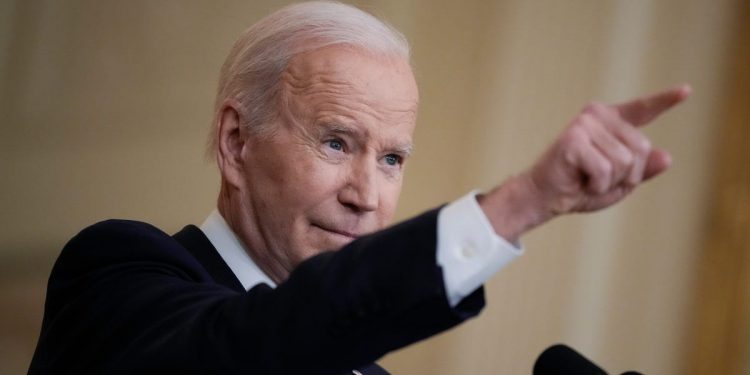 
The US is considering a plan to release about 1 million barrels of oil a day from its reserves over several months to battle inflation, Bloomberg reported on Thursday.

President Joe Biden’s administration may release as many as 180 million barrels of oil in total, Bloomberg reported, citing people familiar with the matter. An official announcement may come as soon as Thursday.

The US is also calling on the International Energy Agency to coordinate a release of oil reserves in other countries, Bloomberg added.

Oil futures fell on the back of the news with international benchmark Brent and US benchmark West Texas Intermediate both down about 4% at 9:17 p.m. EDT.

The news came as US inflation rose 7.9% on-year in February — the fastest pace since January 1982. Globally, oil prices have hit 14-year highs.

The US consumes about 20 million barrels of petroleum a day, according to the US Energy Information Administration. Petroleum products include gasoline, diesel fuel, and jet fuel.

Oil prices have been rising since 2021. Growth in demand has been outstripping production growth amid easing pandemic restrictions and an improving global economy, the US Energy Information Administration wrote in a January report.

The war in Ukraine spurred further gains in the price of oil as the US and the UK have banned Russian imports, but neither country is a large buyer of Russian energy products. The European Union, which relies on Russia for 40% of its natural gas and about 30% of its oil, is considering a ban as well.

Russia is the world’s third-largest oil producer and accounts for roughly 10% of global supply, according to the International Energy Agency.

The White House did not immediately respond to Insider’s request for comment.