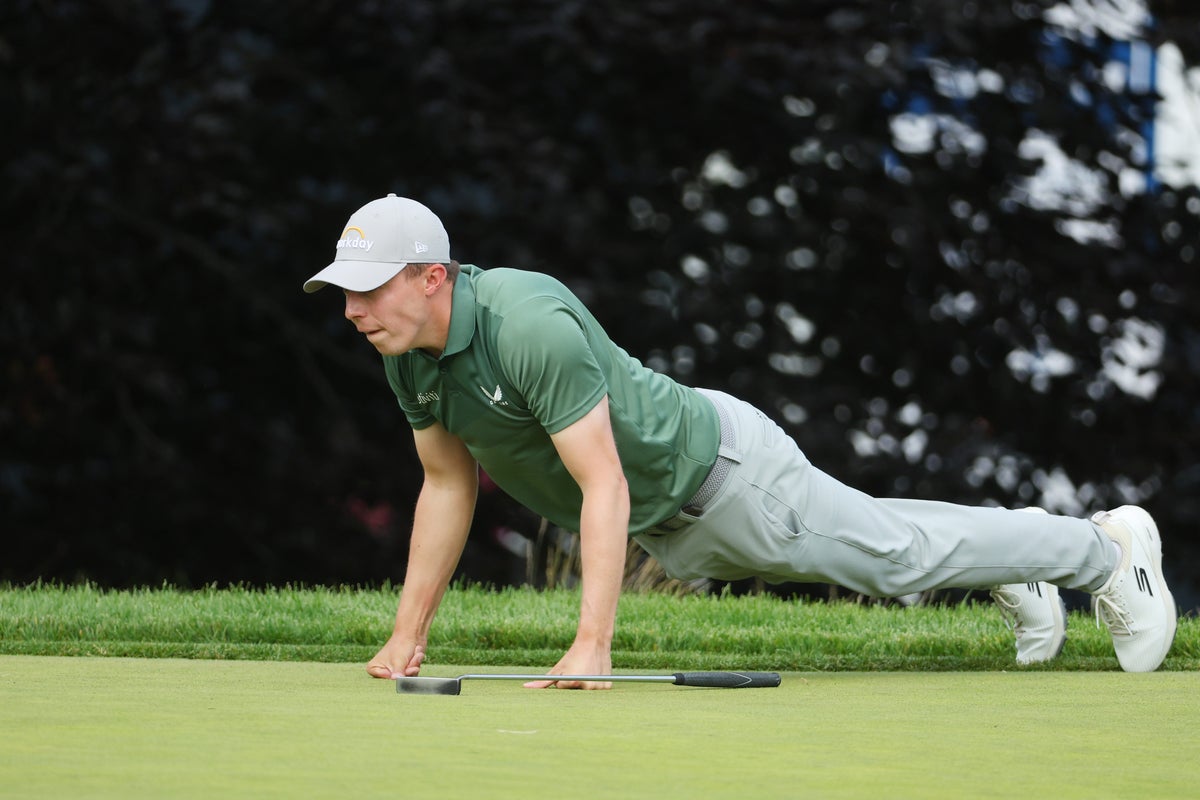 Rory McIlroy is in contention at the US Open with the Irishman part of a five-man pack sitting one shot back of Canada’s Adam Hadwin after the first round.

It was a disastrous round for Phil Mickelson, who continues to struggle, with his performance hinting at why he made the switch to the lucrative and controversial Saudi-backed LIV Golf. Matt Fitzpatrick is a shot further back and previously won the US Amateur at Brookline in 2013, while a series of surprise names figured prominently at the top of the leaderboard, with Englishman Callum Tarren, Swede David Lingmerth, American Joel Dahmen and South Africa’s MJ Daffue also just one behind.

Defending champion Jon Rahm, who needed two balls to birdie the last hole after two kids stole the one he used for his tee shot, was level with PGA Championship winner Justin Thomas among a group sitting three shots back of Hadwin.

“Even though I’m standing up here slightly frustrated that I bogeyed the last, it’s a great start to the tournament,” said McIlroy. “Just basically did everything that you need to do at a US Open.”

US Open 2022: Matt Fitzpatrick enjoys good start to round 2

Daffue burns the edge, he was so close to -7!

Those yet to start at -3, plus Fitzpatrick, are four behind.

Fitzy with a terrific birdie on six.

Reed with a dig on five, straight into the bunker for the newly-signed LIV golfer.

Min Woo Lee with a fine par save, remains +5 and in the hunt to make the cut.

Hadwin trying to stop the rot, a birdie putt slides by.

Fitzpatrick on 15 with a wedge, beautiful, now five feet for birdie and a chance to get to -3.

Webb Simpson reeling, this is the US Open: 35 feet from the hole in two, he ended up needing EIGHT strokes.

JT with a par, looking to just find his legs so to speak, his +3 start, with two sixes, is like a boxer dazed by a flash knockdown. He’s +2 overall for the tournament, so no need to panic for the PGA Championship champion.

Sergio Garcia is living on the edge… One over today and +5 for the tournament, he needs a good back nine (which will be the front for him after starting on 10) to make it for the weekend.

Fitzpatrick steadies himself on five, asks his caddy to remove the pin, then puts away the par. Tidy. -2 overall.

SAVE! Hovland with a magic long par putt on six to stay at -2.

DJ with a bad contact out the fescue, he goes long, but the tricky chip back is nice, he should save par. He’s steadying the ship after a rollercoaster start, -1 overall.

Daffue with a sublime par on nine, a right-to-left slider, it trickles into the middle of the cup.

Rotten for DeChambeau, a double bogey on four, he’s +3 for the tournament.

Tough one for Burns, a short par putt slides by, he’s back to -1, and Hovland may join him soon as he races a birdie putt well past the hole.

Meanwhile, Phil Mickelson is badly struggling, he’s +9 and probably five shots off the projected cut of +4.