The Securities and Exchange Commission has promised closer scrutiny of revenue and profit projections put out by businesses going public via a special purpose acquisition company, in a shot across the bows of Spac advisers and promoters.

John Coates, the acting director of corporate finance at the SEC, said on Thursday that the purported advantage of presenting investors with forward-looking statements by going public through a Spac “is overstated at best, and potentially seriously misleading at worst”.

Spac critics say the companies engage in a form of regulatory arbitrage because young companies that do not have revenues, or sometimes even a prototype, can present lofty projections to the public about future growth.

While businesses that choose a traditional initial public offering are not technically prohibited from doing the same, there are serious liability risks with doing so.

Particular questions have been raised around electric vehicle technology companies going public via Spacs, which by the end of last year had amassed a market capitalisation of almost $60bn despite most having not yet made a single dollar in revenue.

A Financial Times analysis of nine car tech groups that listed via a Spac in 2020 showed they expected revenues of just $139m between them that year but projected a combined $26bn in revenues by 2024.

Sceptics have said inflated valuations for young businesses with unproven technology could be a sign that investors are being presented with an overly rosy picture of the company’s future growth when they make their public debut.

When a Spac merges with an operating business that wants a public listing, it is said to “de-Spac”. In a statement, Coates said that such transactions should be subject to “the full panoply of federal securities law protections”.

“A de-Spac transaction gives no one a free pass for material misstatements or omissions,” he said, adding that the SEC was considering treating such deals more like traditional IPOs.

“If we do not treat the de-Spac transaction as the ‘real IPO’, our attention may be focused on the wrong place, and potentially problematic forward-looking information may be disseminated without appropriate safeguards.” 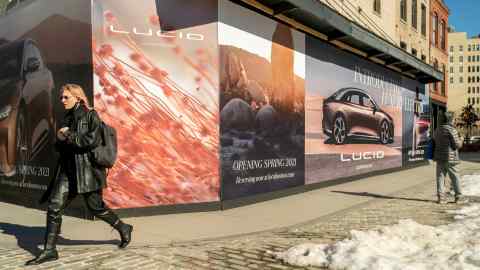 Spacs struck a combined $172bn in “de-Spac” deals in the first quarter of 2021, accounting for more than a quarter of the total value of all merger and acquisition transactions in the first three months of the year.

The SEC has issued a number of statements warning investors about Spac hype. In March, it warned retail traders to be wary of Spacs sponsored by celebrities, a growing phenomenon.

Coates has also called for greater transparency around how backers benefit from the deals. Several Spac sponsors, such as Chamath Palihapitiya and Michael Klein, are sitting on large fortunes as a result of shareholdings they received on favourable terms.

Husbands still seen as the experts on their household’s finances

Looking Back on Last Year and Ahead to This Year