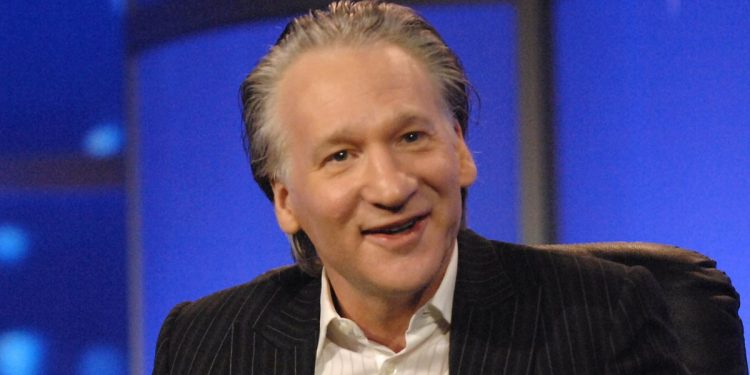 
Bill Maher said that Jada Pinkett Smith is ‘lucky’ she has alopecia and not something like leukaemia. He also said it is ‘part of ageing’

US TV host Bill Maher was slammed after he told Jada Pinkett Smith to ‘put on a f***ing wig for the Oscar Awards.

Conversations have been focused on the Smith family after Will Smith walked up on stage at the Academy Awards and slapped comedian Chris Rock across the face.

Will was furious after Chris made a ‘GI Jane 2’ joke about Jada’s shaved head. She previously opened up about suffering from alopecia.

Stars from Ricky Gervais to Zoe Kravitz shared their opinions on the shocking moment earlier this month, but Bill’s comments caused more uproar.

During an episode of HBO’s Real Tim with Bill Maher, the host made a comment on her hair loss condition and told her to ‘just put on a f***ing wig’.

Bill said her condition was part of ageing
(

He even downplayed alopecia and said that she’s ‘lucky’ that it’s her medical problem as it is ‘part of ageing’.

“I mean, alopecia, it’s not leukaemia, OK?” Bill insisted. “Alopecia is when your hair falls out – there are worse things.”

Bill went back to the topic of the Girls Trip actress later in the episode and said: “If you are so lucky in life as to have that be your medical problem, just say ‘Thank God’.”

Alopecia is a condition that causes hair loss
(

The presenter then added that ageing happens to everyone.

“And you know, just put on a f***ing wig like everybody else at the Oscars if it bothers you so much,” he concluded.

Fans were furious with his comment and took to social media to call him out for it.

“I grew up watching Bill Maher,” one said. “And I turned him off when he said that Jada Pinkett’s alopecia wasn’t leukaemia.

“It wasn’t funny & he hasn’t been funny in a long time. Instead of ageing well and being poignant like Carlin, he’s turned into a grumpy old white man! Sad, not surprising.”

Another disappointed user wrote: “This is truly despicable. I understand the blowback and some of your position, but alopecia isn’t something we should make light of. Grow up old man.”

“Your comments about Jada are disgusting. You should be ashamed talking about a woman like that,” one Twitter user added.

One user posted: “Bill Maher needs to shut up. Talking about Jada should just put on a fu__king wig . As a Black woman I feel like I’m sick of men talking about a woman’s crown. We go through a lot and how dare you speak on us!”

Jada first talked about her alopecia in a Red Table Talk episode in 2018. Since then, she has been open about her condition and takes to social media to discuss it.

COVID-19 may cause severe bone loss in arms, legs and spine

A number of animal and...

July 2022 PS Plus Games Have Leaked, Crash Bandicoot 4 Revealed Among Others