Fresh off some deft Wall Street moves earlier this month, UTA is now scaling up fast with the acquisition of strategic advisory firm MediaLink.

Already a player in branding and marketing circles with its in-house UTA Marketing and UTA Brand Studio divisions, the uber agency has purchased the Michael Kassan founded company from UK-based Ascential PLC for around $125 million. The British B-to-B media outlet which owns the Cannes Lions International Festival of Creativity bought the advisory and business services company back in 2017 for an initial cash consideration of $69 million

As a part of the far reaching UTA purchase, MediaLink’s 150 employees in LA, NYC, Chicago and London will join with UTA’s worldwide workforce of 1300 immediately. Additionally, American Advertising Federation’s Hall of Famer Kassan will become a partner in UTA, as well as retaining his CEO post at MediaLink, which first opened its doors in 2003. 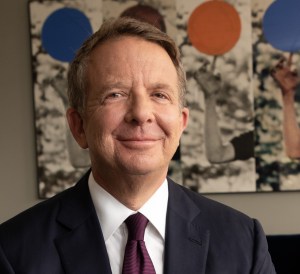 “This is an expansion driven by two things,” UTA CEO Jeremy Zimmer told Deadline tonight of the move to buy MediaLink.

“One, the opportunity to work with a great entrepreneur like Michael Kassan and to work with the great company he has built,” the exec said. “But also, it really fortifies and electrifies the strategy of ours, which is very focused on how we become more integrated with brands. How we work more closely with brands, create opportunities for our clients to work more closely with brands, and to really help navigate the increasingly complex universe that brands are facing as media goes to streaming and as more and more of the traditional outlets where brands have advertised are becoming less critical to the audience.”

A connecting cortege at CES and the annual Cannes Lions event, among others over the years, MediaLink has a client base that includes the likes of Disney, AT&T, a directory of C-suiters and blue chippers.

“If you bring these two organizations together, I think the sky’s the limit in terms of, as Jeremy said, helping brands,” LA-based Kassan said late Wednesday of the Venn diagram between UTA and MediaLink. “I’ve always looked at the talent that UTA represents, those are brands just the same as General Motors, or AT&T or any of the brands that all of us work with. Bringing that together is the preverbal one plus one should equal around 10,” Kassan added.

Out of the acquisition, UTA Marketing will be retitled as UTA Entertainment & Culture Marketing, and become a part of MediaLink. Correspondingly, UTA Marketing bosses David Anderson and Julian Jacobs will become part of Kassan’s executive team.

The growth ground game by UTA comes as fellow big player agencies WME and CAA have jolted their augmentation in recent months. For the former, the Ari Emanuel and Patrick Whitesell run parent company Endeavor Group Holdings staged a successful IPO in April and has seen its stock price hold relatively steady in subsequent months. In terms of the latter, CAA bought sport and literary strong ICM Partners in late September to consolidate two of the self-described “big four” talent agencies.

Earlier this month, UTA launched SPAC UTA Acquisition Corp on the NASDAQ with the goal raising of more than $200 million to invest in the gaming space.

In that context, and with the MediaLink deal now done, Zimmer says more is to come.

“UTA is going to continue to grow,” the agency co-founder states. “This is an unbelievable environment for us and we plan on taking advantage of it,” Zimmer says of the MediaLink move. “We want to continue to create capabilities and opportunities for clients and this is a great opportunity to be able to do that in.”

Skadden, Arps, Slate, Meagher & Flom LLP and PWC advised UTA  on the purchase. Michael Kassan was advised on the deal by Michelman & Robinson.