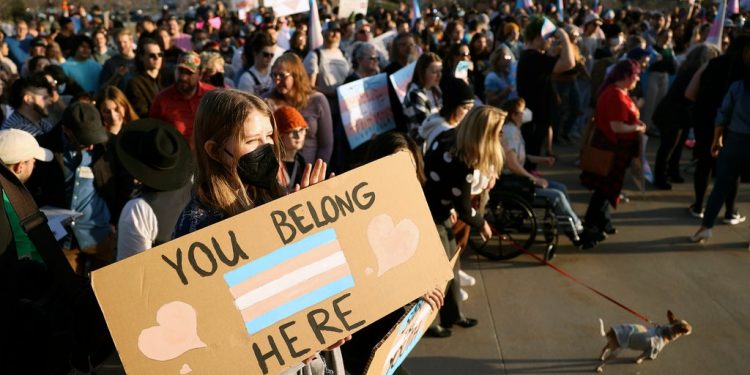 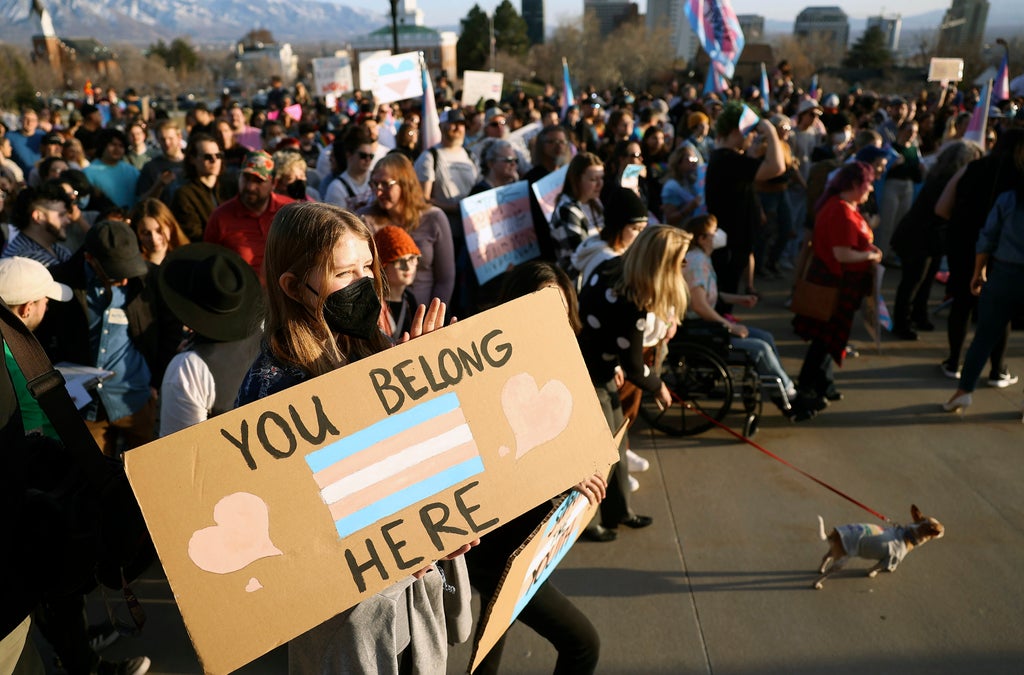 “Rarely has so much fear and anger been directed at so few,” he wrote. “I don’t understand what they are going through or why they feel the way they do. But I want them to live. And all the research shows that even a little acceptance and connection can reduce suicidality significantly.”

On Friday, the state’s GOP-controlled House voted 56-18 to overturn his veto, followed by a vote of 21-8 in the state Senate.

At least a dozen states have moved to ban transgender athletes from sports, as Republican legislators and powerful conservative Christian groups promote legislation targeting LGBT+ young people, with a majority of bills aimed at transgender youth.

More than 320 bills that would impact LGBT+ Americans are under consideration in state legislatures across the US, with roughly one-third of those bills directly targeting transgender people, according to the Human Rights Campaign.

Roughly half of those bills prohibit transgender youth from participating in school sports.

Indiana Governor Eric Holbomb vetoed similar legislation in his state, telling legislators that he remains unconvinced by arguments that there exists an issue in school sports or a lack of fairness in women’s sports requiring government intervention.

“After thorough review, I find no evidence to support either claim even if I support the overall goal,” he wrote.

A 2021 report from LGBT+ suicide prevention and crisis intervention group The Trevor Project found that LGBT+ young people are four times more likely to seriously consider, plan or attempt suicide than their peers, while LGBT+ young people between the ages of 13 and 24 attempt to kill themselves every 45 seconds within the US.

Salt Lake City Mayor Erin Mendenhall and members of the Salt Lake City Council condemned the state’s legislature’s actions, which the governor and advocates have warned will also expose the state to litigation and a multimillion-dollar economic impact.

“We consider this action to be particularly tragic, given that the responsibility of all lawmakers is to provide equal protection and dignity under the law to all people,” city officials said in a statement.

Ryan Smith, owner of the Utah Jazz – partially owned by Dwayne Wade, whose daughter is transgender – said the legislation was “rushed, flawed and won’t hold up over time. I’m hopeful we can find a better way.”

“Discriminating against transgender athletes not only prevents them from experiencing the sense of confidence and inclusion associated with participating in sport, but it also compounds the exclusion and trauma far too many transgender Utahns already experience,” the ACLU of Utah said in a statement.

The organisation said it is prepared to “litigate to protect the rights of transgender students in Utah.”

This is a developing story