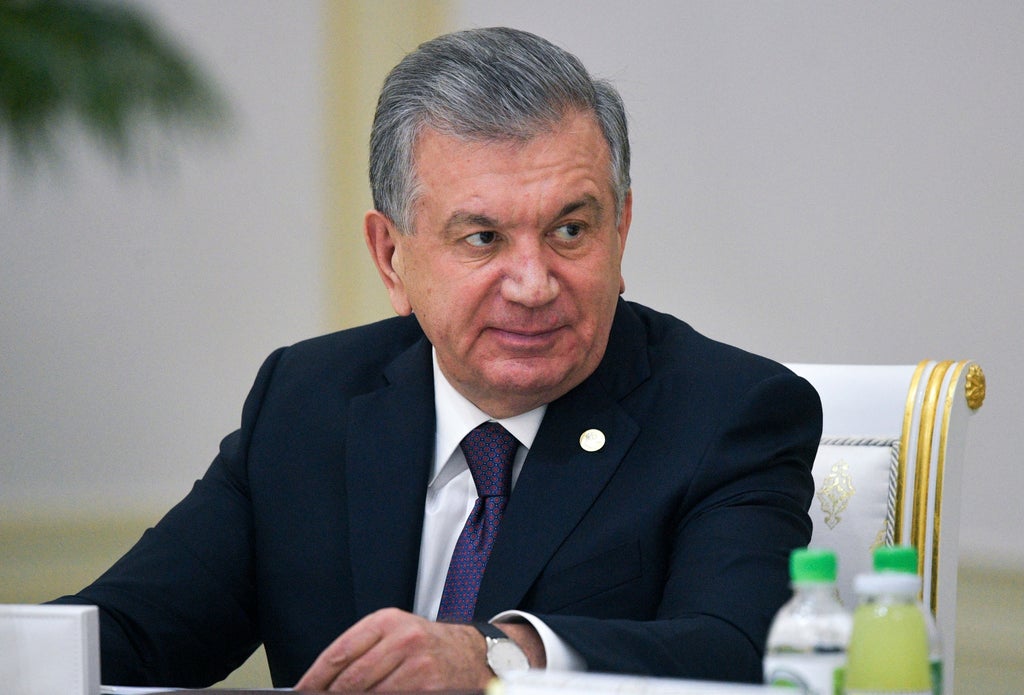 Mirziyoyev, who took office in 2016 following the death of longtime President Islam Karimov, has relaxed many of the policies of his dictatorial predecessor but maintained rigid controls over the political scene.

In Sunday’s election, he faced four relatively low-visibility candidates who didn’t even show up for televised debates, instead sending proxies who failed to engage in substantial discussions. Independent candidates weren’t allowed.

Under Mirziyoyev, freedom of speech has expanded compared with the suppression of the Karimov era, and some independent news media and bloggers have appeared. He also relaxed the tight controls on Islam in the predominantly Muslim country that Karimov imposed to counter dissident views.

Mirziyoyev lifted controls on hard currency, helping encourage foreign investment, and he moved to patch up foreign relations that soured under Karimov.

“Mirziyoyev improved relations with world players such as Russia, China and the West, while also resolving conflicts with neighbors including establishing peaceful interaction with Afghanistan ” said Andrey Kazantsev of the Moscow State Institute of Foreign Relations.

Uzbekistan and Afghanistan share a 144-kilometer (89-mile) border, and Uzbekistan has consistently worried that conflict could spill over. The ex-Soviet republic’s foreign minister became the first foreign official to visit Afghanistan after the Taliban took control of the country in August.

Jacob Rees-Mogg is being...

Biden may further restrict travel as Omicron detected in U.S.

WASHINGTON — With the first...

KPMG warned it could be banned from applying for Government contracts