Home » Vaccine boosters for more people are on the horizon. But the unvaccinated remain the biggest obstacle to curbing the pandemic – CNN

0
SHARES
5
VIEWS
Share on FacebookShare on Twitter
Advisers to the US Food and Drug Administration on Friday greenlighted recommending emergency use authorization of a booster dose of Pfizer’s vaccine six months after full vaccination for people 65 and older and those at high risk of severe illness from the virus. The US Center for Disease Control and Prevention is meeting next week with its vaccine advisers, and the agency determines the final approval for the shots.

Dr. Paul Offit, who is a member of the FDA Vaccines Advisory Committee, said vaccinating every eligible Americans remained the most important strategy.

Load More
“What is going to be the change in the arc of this pandemic by giving a third dose to people who are already vaccinated as compared to giving two doses to people unvaccinated?” Offit told CNN’s Wolf Blitzer on Friday.
It’s been a bleak trajectory in terms of hospitalizations and deaths over the past few months. On Thursday, the seven-day average of Covid-19 deaths hit 1,464, according to the CDC, the highest it’s been since March 1, which was before the widespread availability of the vaccines. 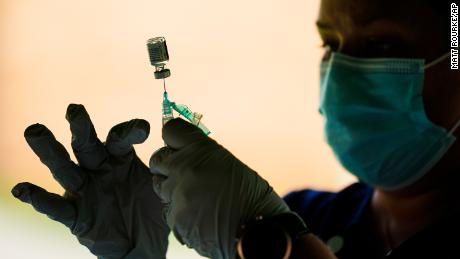 In West Virginia, where 74 people have died from the virus since Wednesday, the governor is pleading for residents to get vaccinated. The state has fully vaccinated only 40.1% of its population, CDC data shows.

“We’re either going to run into the fire and get vaccinated right now, or we’re going to pile the body bags up until we reach a point in time to where we have enough people that have immunities and enough people that are vaccinated,” Gov. Jim Justice said Friday during a news conference. “The only thing I have in my arsenal that will make this get better is for you to get vaccinated. That’s all I’ve got.”

In Alabama, the increased availability of hospital beds is only because of the double-digit numbers in Covid-19 deaths, State Health Officer Dr. Scott Harris said Friday during a news briefing. 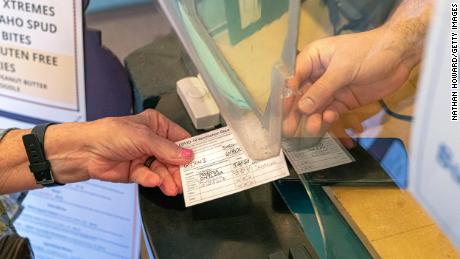 “I would just say very respectfully and with compassion … there are two ways people leave the hospital, and one of them is not very good,” Harris said.

The state, where 41% of its residents are fully vaccinated, has been seeing “typically 40 or 50 or sometimes 60 deaths a day,” Harris said.

Friday’s highly anticipated meeting to discuss boosters resulted in a recommendation from a group of advisers –vaccine experts, immunologists, pediatricians, infectious disease specialists and public health experts — that people 65 and older along with those at high risk of severe Covid-19 to get a Pfizer booster shot six months after they get their first two shots. 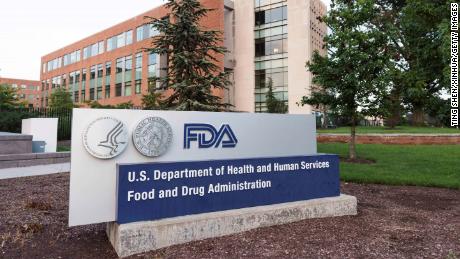 The vote was messy, with some advisers expressing concern that the move left out health care workers, who are at high risk of infection, if not of severe disease. The FDA asked the advisers to informally expand their recommendation to encompass people at high occupational risk of infection — and won a yes.

“I think this should demonstrate to the public that the members of this committee are independent of the FDA and that in fact we do bring our voices to the table when we are asked to serve on this committee,” Dr. Archana Chatterjee, dean of the Chicago Medical School at Rosalind Franklin University, said after the last vote.

The issue of independence bubbled to the surface because the Biden administration had announced it would be ready to distribute booster doses as early as Monday — ahead of any FDA action or even consideration. 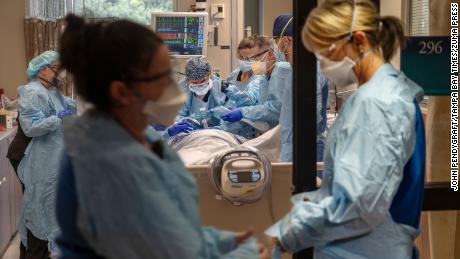 There was a glimmer of good news from Florida, which has been a virus hotspot, even as the state surpassed 50,000 Covid-19 deaths.

“One-quarter of those deaths have occurred since the surge of infections from the Delta variant, so that puts an exclamation point on the fact, just how deadly the Delta variant has been for all of us,” Orange County Mayor Jerry Demings said Friday. 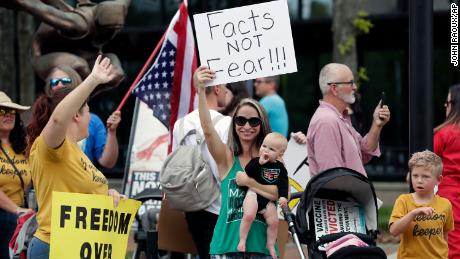 Orange County, home to Orlando, saw 372 residents die from Covid-19 in August, said Demings , adding there have been 85 additional deaths since the last briefing on Monday.

“That’s more good news,” Demings added. “As of today, 72% of eligible residents ages 12 and up have received one or more doses of the vaccine.”

Overall, the state is saw fewer than 100,000 new cases of Covid-19 in the past week for the first time since July 16, according to data published Friday by the Florida Department of Health.

New cases per week in Florida have been declining steadily since August 20, when the state hit its peak of 151,880 new cases in a week.

In 1181 a Rare Explosion Lit Up The Sky, And We May Have Finally Found What It Left Behind - ScienceAlert

In 1181 a Rare Explosion Lit Up The Sky, And We May Have Finally Found What It Left Behind - ScienceAlert