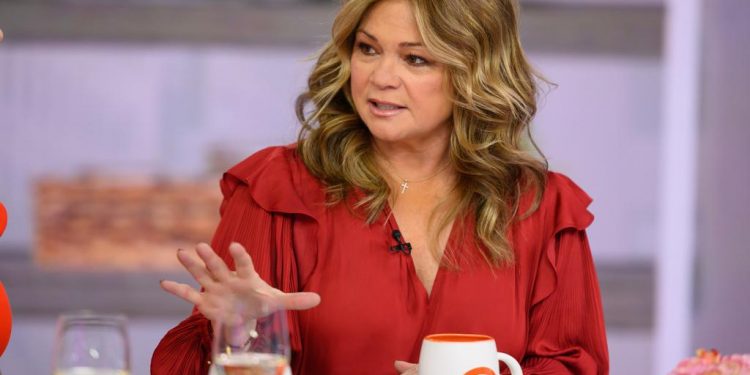 
Valerie Bertinelli has long struggled with her body image, but she won’t let it get her down.

The 61-year-old got candid about her mental health in a new essay she penned for New Beauty, published earlier this week.

The “Hot in Cleveland” actress explained how her “mental and emotional health” greatly improved after she stopped weighing herself every day.

She noted that she used to believe that “the number on the scale is never low enough — it’s always too high — so I’m going to just crawl under the covers and not have anyone see me until it is. I’ll be happy once all the weight is gone.”

It was only after she finished scribing her memoir “Enough Already,” which hit bookshelves in January, that she decided to cease getting on the scale.

“[It] was a big thing for me, and I haven’t gotten on a scale since,” she wrote in her essay. “My clothes still fit; my jeans still zip up. I guess I was afraid that if I didn’t see what number I was and if I wasn’t able to keep an eye on it, that I would balloon up… but that hasn’t happened.”

Bertinelli added that while she’s still on a journey to work on herself, she’s content with her results as of late.

“It’s all a test and we’ll see how it works, but I do know that my mental health has improved immensely because I stopped looking at the scale every morning — and that’s the first big step for me,” she said.

She also wrote that her weight is “the thing that holds me back.”

“But I want to start feeling the same about myself — no matter what weight I am. I don’t have to wait until I’ve lost weight to be kind to myself and to be kind to others,” the “Valerie’s Home Cooking” host said. “It shouldn’t matter what I look like. I’m trying to make that a reality in my life, and then, hopefully, my body will follow.”

The mother of one continued, “I’m doing my best to live by the words I’ve written, to not care what the scale says. I think that’s important. I think many, many, many people live with a lie that we were told, that we’re unlovable when we gain weight, and it’s simply not true.”

The “One Day at a Time” star previously opened up about her weight issues in an op-ed for “Today” last year. She admitted that she “used food to avoid sadness.” She lost her ex-husband Eddie Van Halen due to throat cancer in October 2020 as well as both of her parents.

“With the loss of my parents and dealing with other trials life throws our way, I’ve used food as a way not to feel the sadness or the stress,” she explained. “But by eating something away, all it does is make me feel worse about myself. One of my personal mottos is ‘choose happy.’ But sometimes that choice is really challenging.”