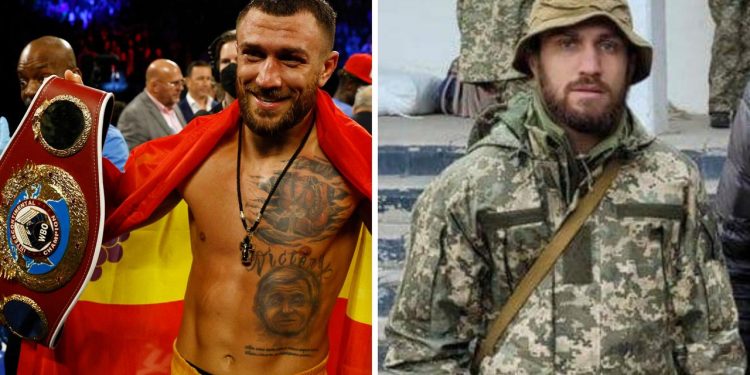 
Vasiliy Lomachenko’s team is reportedly working on getting the boxing star permission to leave the front lines in Ukraine so he can fight George Kambosos for the world title.

But the Ukrainian joined a territorial defence battalion in his home country earlier this month and has been part of a security detail on the border with Russia, according to ESPN.

The report stated Kambosos hasn’t agreed to a deal yet but Lomachenko has.

Able-bodied men between the ages of 18 and 60 are currently required to remain in Ukraine to help defend from the Russian invasion.

If Lomachenko cannot leave, 23-year-old American Devin Haney (ranked fourth in the division by ESPN) looms as Kambosos’ opponent, with a decision likely to be made by the end of March.

Kambosos’ win over Teofimo Lopez last November earned him the lightweight title which Lomachenko previously held before losing it to Lopez in October 2020.