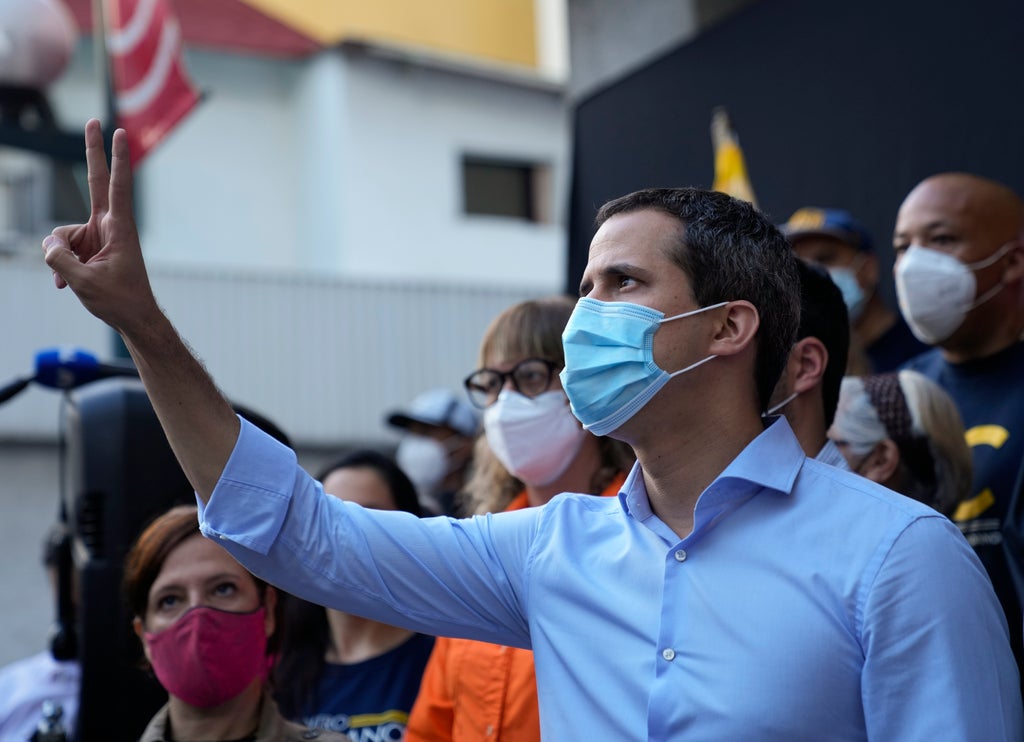 Months before COVID-19 spread around the world, representatives of President Nicolás Maduro and the Venezuelan opposition for weeks shuttled back and forth to Barbados to try to agree on a common path out of the South American nation’s prolonged political standoff. Mystery surrounded the discussions facilitated by Norwegian diplomats in the summer of 2019, but Venezuelans were hopeful for change.

The fragile process, however, fell apart when the administration of then-President Donald Trump announced sweeping new sanctions freezing all of the Venezuelan government’s assets in the U.S. Maduro’s allies would not return to the table. The opposition would go on to lose its National Assembly leadership in an election. Soon, the world’s attention shifted to the coronavirus pandemic.

Two years and a few days after the discussions in the Caribbean ended, both sides will meet Friday, this time in Mexico under very different circumstances, the only constant being that Maduro remains in power. The country’s crises have worsened, the opposition has weakened and fractured, the U.S.’s policy toward Venezuela remains unclear, and millions of people in the troubled country are more focused on surviving the pandemic than on politics.

Damaris Álvarez, a coordinator of a Venezuelan public music school, said her roughly $4 monthly salary is not enough to buy all the food her family needs. She added that she will follow the negotiations between the government and the opposition but insisted that her priority is “to resolve the day-to-day.”

Representatives of Maduro and the opposition, led by Juan Guaidó, will hold a first meeting in Mexico City in which they are expected to define an agenda and schedule for the dialogue process to begin in earnest in September. The talks will again be guided by the Norwegian government.

Maduro last weekend said he will ask for the “lifting of all sanctions,” which have exacerbated the country’s punishing economic crisis, the “recognition of legitimate and constitutional authorities,” and that the opposition “renounce the violence.” Meanwhile, the opposition’s demands include an electoral schedule, a massive plan to import COVID-19 vaccines and the guarantee of transparent elections.

Former presidential candidate Henrique Capriles who in the last year has confronted Guaidó, said the opposition should not limit discussions to political and electoral matters.

“I believe that it is very important that in Mexico, economic and social issues are discussed that allow the alleviation of the crisis that the vast majority of the Venezuelan people are experiencing,” said Capriles, who believes the opposition should participate in the November gubernatorial and mayoral elections.

More than 96% of Venezuela’s population lives in poverty, amid low wages and high food prices resulting from the world’s worst inflation rate and irregular dollarization of the economy. The country’s political, social and economic crises, attributed to plummeting oil prices and two decades of government mismanagement, have continued to deepen with the pandemic.

“The polls demonstrate that there is a deep desire for change, but there’s also deep fatigue for two reasons, not only the daily struggle for survival, but also the inability of politicians up until now to make any difference in their daily lives,” said Cynthia Arnson, director of the Wilson Center’s Latin American Program. “I think there’s a broad skepticism.”

The U.S. will not participate directly in the process, but it nonetheless holds influence over whatever the two sides agree on. Last month, it agreed to lift a sanction and allow non-U.S. companies to export liquefied petroleum gas to Venezuela, a humanitarian move that will allow people to eventually regain access to propane rather than cooking on coal or wood stoves.

The Vatican, Norway and several Latin American nations have sponsored previous attempts at dialogue, all of which ended up strengthening Maduro and leading to a crackdown on his opponents.

While those failures have dampened expectations for a breakthrough among regular Venezuelans, even harsh critics of Maduro like Elliott Abrams, the former Trump administration’s envoy to the South American country, recognize that conditions for negotiations have improved.

That’s because unlike past talks, domestic and international support for Guaidó has faded, weakening his ability to demand Maduro’s removal. Less than 10 of the more than 60 nations that once recognized Guaido’s self-proclaimed government still maintain that recognition, according to a report this month by the Wilson Center.

“There is a likelier chance of success if you define success as reaching a deal,” said Abrams, now a senior fellow for Middle Eastern studies at the Council of Foreign Relations. “But if you define it as an actual improvement in human rights conditions, for example freedom of assembly or freedom of the press, then I’m not sure there will be progress.”

Abrams pointed to the re-arrest last month of Freddy Guevara, a top opposition strategist, as a sign that Maduro remains firmly in control of the judiciary and security forces and won’t hesitate to use them against opponents should he tire of talks. Maduro accuses Guevara of having ties to “extremist groups.”

Guevara previously spent three years holed up in the Chilean ambassador’s residence in Caracas until the charges were dropped last year as part of a political thawing that has accelerated with the election of Joe Biden.

“In terms of the Maduro regime, they clearly control the security apparatus and can continue to resist any kind of political opening. At the same time, they preside over a moribund economy, an ongoing humanitarian crisis and things that make the future of Chavismo very much questionable,” Arnson said. “So, the question is whether there can be some combination of pressures as well as incentives that would allow, at least initially, for some flexibility around elections.”

Myer reveals huge profit rebound. But is it too good to be true?