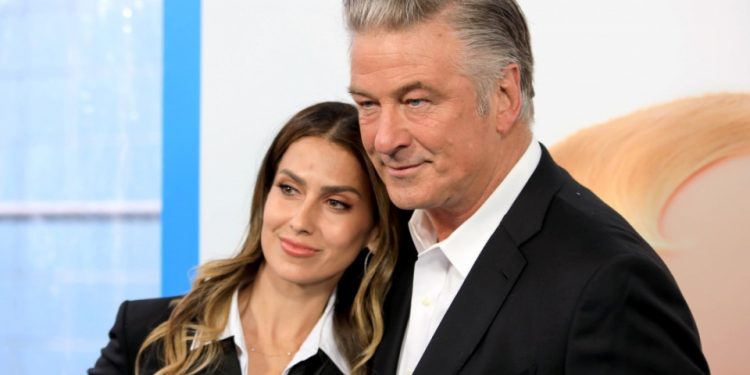 Hilaria Baldwin has revealed she and husband Alec are expecting another baby, describing it as a “surprise”.

The Baldwins made the announcement on Instagram on Tuesday (US time), sharing a video of them revealing the news to their six children.

“After many ups and downs over the past few years, we have an exciting up and a huge surprise: Another Baldwinito is coming this fall,” Baldwin captioned the footage.

“We were pretty sure our family was complete, and we’re beyond happy with this surprise. Our new baby is a very bright spot in our lives. A blessing and a gift during such uncertain times,” she wrote.

“I’ve missed you during my break from social media…I’m back and looking forward to continuing with you this wild journey that we call ‘life.’”

Director Joel Souza was also injured when the gun held by Baldwin went off.

Just weeks ago, Ms Baldwin announced she planned to take a break from social media in March amid the fallout from Ms Hutchins’ death.

She and Baldwin also deleted their Twitter accounts in December, and have since limited comments on their Instagram accounts.

Baldwin lashed out at the mounting lawsuits in early March, claiming he was being targeted because of his wealth.

In responding to the suit filed by Ms Hutchins’ family – which includes her husband Matthew and nine-year-old son Aldous – Baldwin has denied any wrongdoing.

“This is a rare instance when the system broke down, and someone should be held legally culpable for the tragic consequences,” his lawyer wrote in an arbitration filing.

“That person is not Alec Baldwin.”

The Baldwins already have daughters Carmen and Lucia, and sons Leonardo, Eduardo, Rafael and Romeo.

Baldwin is also father to 26-year-old daughter Ireland, from his previous marriage to actress Kim Bassinger.

Russian invasion of Ukraine could cause refugee crisis in Europe

Russian invasion of Ukraine could cause refugee crisis in Europe